Mark 10/23/20 on Your Calendar Now: You’re Specially Invited to “Zoom In” On Ways You Can Fight Agism, As Pro-Aging Guru Ashton Applewhite Is Interviewed By DefyingGravity.life Founders Via Webinar 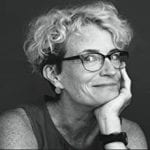 Here Are the Key Event Details: “Aging While Female–Reimagined,” A Zoom Webinar provided by DefyingGravity.life Featuring Pro-Aging Author and Activist Ashton Applewhite Friday, October 23, 2020, 12:00 pm EST From childhood on, we’re barraged by messages that it’s sad to be old. That wrinkles are embarrassing, and old people incompetent. Author and activist Ashton Applewhite believed them too, until she dug into where this prejudice comes from and the damage it does. Pointing out that we are all either old or “future old,” Applewhite explains the roots of ageism... Read More

For Everyone Who’s Ever Wondered: What’s In My Skin Care Products?

By Gretchen Asher, Special for the NABBW As owner of BeFab Skin Care, I have a passion not only for creating stellar products, but also to educate women about anti-aging products, ingredients, skin care science available today and what to look for in products for your needs. This is the first article of many that will build on this foundational bit of information. Understanding skin care products can be very confusing and frustrating. Especially for those of us beyond our early/mid 40s when we begin to experience surprising changes in our skin due to peri-menopause/menopause and we start to see... Read More

Anti-Age the Brain by Learning a New Language

By Kerry Baker for the NABBW Learning a second language has the same benefits to the brain as programs for purchase, such as Lumosity. New, often free tools make learning a new language easier and much more fun. Last year, in pursuit of re-invention and to preserve my next egg, I decided to move to Mazatlan, Mexico. While Spanish is not required to live here, I love the language and began its study in earnest after being away from it for 30 years. In addition to the greater ease in navigating my new environment, I was delighted to read evidence that learning a second language  protects your brain... Read More

What You Learn in Your 60s

By Claude Forthomme (Nougat) for the NABBW Starting in 2014, there was a rash of Baby Boomer celebrations, from the Beatles appearing on the Ed Sullivan Show to President Kennedy’s assassination. Possibly because 2014 was a milestone of sorts, that was the year that all boomers, even the youngest ones born in 1964, passed their 50th year. As a result, most boomers are now facing the “second act” in their lives. And celebrating. Right or wrong, it’s all about Baby Boomers! The time has come to consider what it means for our generation, and, in passing, dispelling some serious... Read More

By Meryl Ain For the NABBW The weeklong celebration of Hoda Kotb’s 50th birthday on the Today Show culminated with a congratulatory video message from First Lady Michelle Obama to a surprised and delighted Hoda. Throughout the week, 50 was celebrated as glamorous, sexy and a time for reinvention. This is all true, and I wish Hoda a happy birthday and many years of good health and fulfillment. But I have to think that it would have been nice when those of us in the leading edge of Baby Boomers turned 50 and then 60 to have had validation of how glamorous, sexy, and “young” we were. First,... Read More

Happiness and the American Dream

Happiness and the American Dream  By Bonnie Michaels For the NABBW     “Will I Ever Be Happy Again,” was  a topic discussed at a boomer workshop and many attendees had a variety of losses that often interfere with happiness—partners, savings, jobs, health, as well as issues with children and grandchildren.  In this day and age of great change and transition, it is an important question and one not easily answered. The poignant question can’t be answered until happiness is defined.  In many instances, happiness is a personal issue. Yet, research shows there are some criteria to consider. Studies... Read More

Tagged: A Journey of Work-Life Renewal: The Power to Recharge & Rekindle Passion in Your LifeBonnie MichaelsBonnieupside@aol.com.NABBWSolving the Work/Family PuzzleThe Happy App: A Process for Boomer BlissUpside: How to Zig When Life Zagswww.findboomerbliss.comwww.mwfam.com

Navigating Your Future: Thoughts From The Wisdom Keepers To Help You Minimize Obstacles & Maximize Opportunities In This Brave New World

Navigating Your Future: Thoughts From The Wisdom Keepers To Help You Minimize Obstacles & Maximize Opportunities In This Brave New World   By George and Sedena Cappannelli For the NABBW Those of us who weren\’t born yesterday and haven\’t been hanging out with Rip Van Winkle in Sleepy Hollow, know we are in a time unlike any before. In addition to the many challenges we face — climate change, energy, education, healthcare, immigration, wealth inequality, gender and minority inequality to name a few — we are also in a demographic revolution that will, over the next several... Read More

Milestones Are Not Set in Stone

Milestones Are Not Set in Stone By Rosemary Lichtman, Ph.D. and Phyllis Goldberg, Ph.D. For the NABBW If you\’ve recently celebrated a landmark birthday, you may be thinking about the milestones in your life. Crossing from one personal decade into another is a significant event and takes on a life of its own. Connecting with friends who are also making this transition can help focus on what you\’ve gained over the years – memories, perspective, wisdom – rather than on what you\’ve lost – agility, some energy, your youth! Even though the signpost for an event may be firmly... Read More

From Zero to Seventy without Brakes

“Getting older is no problem. You just have to live long enough.” Groucho Marx From Zero to Seventy without Brakes By Sheryl Letzgus McGinnis For the NABBW I’ve recently turned seventy and had been shaking hands with that scary, hands clutching my chest, head thrown back dramatically like a silent movies actress, how in the heck did this happen, number for a while now. It reaches out and grasps my hand – firmly – while I try, unsuccessfully, to wrench it from its death grip. But it won’t let go. In fact, the harder I try to wriggle out of its iron fist, the more tenacious its hold becomes.... Read More

Tour Business\’ Dual Goals: Build Memories and Fight Alzheimer\’s Disease By Donna West for the NABBW The idea that I might lose my identity and all of my memories is terrifying. I lost my father to Alzheimer’s Disease. My Father and Mother were my favorite travel companions. I have priceless memories of sitting in our living room and lingering over our pictures together, remembering the great times those snapshots captured for us. I witnessed the ravages of Alzheimer’s first-hand as I slowly lost my father. I didn’t get it at first, why his personality was changing.  I was... Read More