What You Learn in Your 60s

By Claude Forthomme (Nougat) for the NABBW 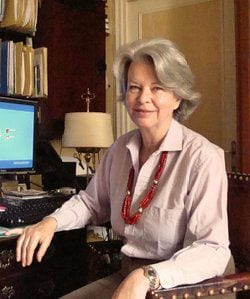 Starting in 2014, there was a rash of Baby Boomer celebrations, from the Beatles appearing on the Ed Sullivan Show to President Kennedy’s assassination.

Possibly because 2014 was a milestone of sorts, that was the year that all Boomers, even the youngest ones born in 1964, passed their 50th year.

As a result, most boomers are now facing the “second act” in their lives. And celebrating. Right or wrong, it’s all about Baby Boomers! The time has come to consider what it means for our generation, and, in passing, dispelling some serious misconceptions about Baby Boomers.

So here, in a nutshell, is what you learn in your 60s:

Claude Forthomme is an economist (Columbia University graduate) and worked 25 years for the United Nations, ending her career as FAO Director for Europe.

Since 2004, she has published five novels and one collection of short stories under the pen name Claude Nougat, including one Boomer Lit novel, “Crimson Clouds.”