Gramps Jeffrey Ponders Our Nation’s Opioid Overdose Epidemic and the Proliferation of Homeless Baby Boomers, Wonders Why We Can’t Do More 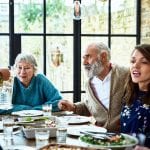 In Which Trina Clarifies the Difference Between Journals vs. Diaries, And Shares Her Personal Journaling Journey 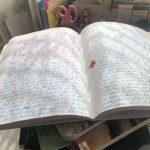 By Trina O’Quinn for the NABBW In reviewing the blogs that I have written over the last year and a half, I have discovered they have some common themes. These themes are: – The Pandemic – Change – Loss – Grief In some of my posts, I have shared the thoughts and feelings I have had while dealing with these issues. But I have not discussed the major tool/process that I have used for the last 29 years, which is journaling. To begin with, I want to be clear that journaling should not be confused with keeping a diary, though they ARE often confused with each... Read More

At This Time in Our Lives, We Baby Boomer’s Need to Realize One of Our Most Important Roles Is Mentoring Our Grandchildren 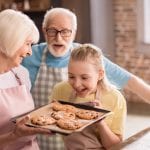 Guest post by Gramps Jeffrey, author of “I Don’t Want to Turn 3” I remember celebrating my father’s 60th birthday, and I did not say this out loud, but definitely thought “he is an old man”. But he lived close to another three decades and I am glad he did. His father (my grandfather) was not as lucky, and he died at the age of 49. Now that we Baby Boomers are in our 60’s and 70’s and beyond, it’s my observation that we just don’t seem as old as our parents when they were our current age. Perhaps this fortune is caused by modern science — or perhaps we just lose our... Read More

‘Self-Care’ Is Not Synonymous with ‘Self Indulgence.’ Trina O’Quinn Discusses How Her Definition Has Evolved Since She First Encountered the Term in the 1970s

By Trina O’Quinn for the NABBW Since March of 2020, it seems that the only subject I have see written or spoken about is “self-care.” I was first introduced to the concept of self-care in the 70s, and my introduction coincided with the beginning of the “Me” generation. Perhaps you remember theses days: Baby Boomers were turning 30 and still trying to individuate and separate from their parents. The concept was focused on those of us women who had chosen to follow society’s traditional expectations: get married, stay home, and raise children. Self-care began as an action to take... Read More

Trina Ponders the Meaning of Silver and Gold Friendships

By Trina O’Quinn for the NABBW All day, no — for many weeks — I’ve been ruminating on this song: “Make new friends but keep the old. One is silver and the other gold.” I learned it almost 70 years ago, when I was a Brownie. Perhaps you once sang it as well… The question I am asking myself today is how does each metal signify old and new friendships? Gold is a precious metal. It is in it highest form at 24 carets. It is highly malleable and signifies wealth. It is durable and will last a long time. Silver is a white precious metal that is ductile and malleable.... Read More 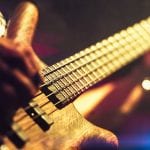 By Trina O’Quinn for the NABBW Recently during a water physical therapy session, I was walking my laps and the music of my youth began to play. I looked around the pool and noticed that the six of us in the class, all women, had begun to move to the rhythm of the songs. I realized that while our ages ranged from 20 to 70, we were all moving to the beat of the same music. I started discussing the music with one of my pool companions. Slightly older than I, she recommended I watch the documentary Echo in the Canyon, a 2018 film which celebrates the popular music that came out of L.A.’s Laurel... Read More 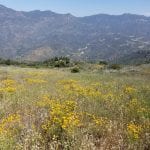 By Linda Ballou, NABBW’s Adventure Travel Associate After eleven years, I decided it was time to deliver the fruitcake my mother had sent me in 2009 just before she passed away. I would take it to the meadow where I had scattered her ashes.  I had kept it in my freezer (even through a severe downsizing) because I just couldn’t bear to throw it out. Her fruitcake was much too heavy for me to eat, and I didn’t want to give it to anyone. Taking it to where she rested seemed a logical thing to do. The day could not have been more gorgeous. White clouds smeared across the baby blue heavens,... Read More

Come Along With Me As I Share My Experiences and Observations as a Woman with One Foot in the Traditional World and One in the Modern World. 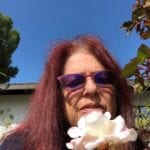 By Trina O’Quinn for the NABBW The generation known as the Baby Boomers is now aged somewhere between  57 and 75. When I began to write this months’ blog post, I realized that that this 18-year difference is extremely significant. When you consider our demographic’s birth years, (1946 to 1964) you realize that those of us born in the first five years of this demographic (1951 and earlier) grew up in a much different world than did those Baby Boomers who were born in the last five years (1961 to 1964). The expectations of us — and our experiences — were much different.... Read More

By Trina O’Quinn for the NABBW I have heard the expression, “stop and smell the roses” since I was 19 years old. This has been 56 years of my life. That is the entire length of my marriage. Until I was 19, my parents believed that they needed to keep me busy so I wouldn’t get into trouble. (Translation: so that I wouldn’t get pregnant.) This was the 50s and early 60s, so that was their greatest fear — to have a daughter get pregnant before she was married. The message I understood from their attitude was that ‘if you do not stay busy all your life, you will get into trouble.’... Read More

Medicare in the Time of COVID-19: Here’s What You Need to Know 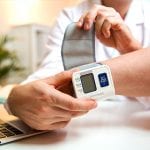 By Lindsay Engle for the NABBW It’s been almost a year since the COVID-19 pandemic began, and just as you’ve had to adjust parts of your life to protect yourself and your family, Medicare has also had to modify their coverage. The goal of this article is to help you, as a Medicare beneficiary, to know what changes and modifications the Centers for Medicare and Medicaid Services (CMS) have made. Increased Access to Telehealth Services First and probably most significant, Medicare has temporarily increased coverage for telehealth services. Telehealth includes telemedicine, or remote... Read More