Sunday - January 29, 2023
Home » Expert Columns » Books & Authoring » Journaling » The Power of Journaling – Article 9 in a Series: Come on, everybody, do your “Exercise”

The Power of Journaling – Article 9 in a Series: Come on, everybody, do your “Exercise”

The Power of Journaling – Article 9 in a Series: Come on, everybody, do your “Exercise” 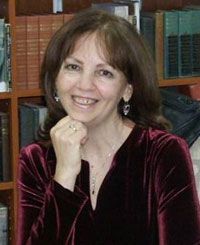 Now that you\’ve had a sampling of some of my favorite journaling methods, let\’s discuss some exercises to further entice you into your journaling ritual.

Don\’t be intimidated by the length of the list. These are intended to be savored, one at a time. Linger over each one for as long as you like. Take your time to fully explore whichever one or ones give you the creative impetus you need.

1. Portray a character of a person you met today or saw in the street.

Did you meet someone or see someone, today or recently, who piqued your interest in some way? Describe that person in vivid detail. What did he or she look like? What was unusual about the person, either physically or in some other way? What made that brief encounter memorable? Use colorful, expressive language for your description. Or, alternately, re-imagine the person as a character in a book or a play and run with that concept.

You can, of course, start with one or two and if that turns out to be fun you can always expand it to more. Use your most colorful language to depict all of the five senses in relation to the entire experience. One of my favorite sub-categories of this exercise is the “formal night” on a cruise, and/or the outrageously fancy buffets they put on for the last night, both of which are almost limitless in their variety. Just go nuts with this one!

3. Retell the most traumatic incident of your teenage years.

This may or may not be therapeutic for you. I have given workshops in which the facilitator has warned me away from this one. It\’s entirely up to you. I\’ve found that I\’ve gained valuable insights into my own character and my life journey through this particular exercise. Your most traumatic incident can also be a comical one. Either way, attempting to express your feelings in this department can provide a welcome catharsis for you.

4. Depict in vivid detail a special event such as the purchase of a home, a job promotion, or a performance debut.

This one is also a mixed bag. For instance, performing in front of an audience, whether as a musician, actor or lecturer, can elicit terror in some people and exhilaration in others. Whichever it is, go for the emotions: were you excited, terrified, apprehensive, gratified? Allow yourself the luxury of recapturing any or all of these feelings in great detail. By jogging your memory, you can learn from what you went through to inform your future “performances.”

5. Tell about a memorable encounter with someone you met briefly and describe why you still remember that person.

This is a variation on and extension of exercise #1. You can recount a conversation with someone you met recently, or even someone you remember from when you were a child. What impact did this experience have on you at the time? Was the impact a lasting one? How did you feel about it then, and how do you feel about it now? Often I\’ve found that people invoke memories of their teachers in this exercise.

6. Recount three cherished childhood fantasies or a childhood tradition you wish you could still do as an adult.

Famed author James Barrie experienced a devastating trauma in his youth: one of his beloved brothers died. Young James not only was devastated, he was confused and frightened and did not know how to cope with this feelings. He initially started journaling to become immersed in a fantasy world far away from harsh reality: a world where he never had to grow up and deal with adult responsibilities. The ultimate result was his beloved “Peter Pan,” a story that has captured the hearts or readers for generations. Childhood fantasies can affect us throughout our lives. Just go for it and have fun with this one.

I\’m saving the rest of my “stash” of exercises for the next article. Meanwhile, as promised in my previous article, I\’ve written below an example of my “Self-Reflecting Dialogues” method. Enjoy!

SELF-REFLECTING DIALOGUES: cope with your problems by mentally dialoguing your anger, guilt or frustrations by using your imagination in ways that you did when you were a child; i.e. taking roles in a play about you, written by you.

EXAMPLE: MY HUSBAND WAS INSENSITIVE TO MY DAUGHTER\’S FEELINGS WHEN SHE WAS VISITING US ON VACATION.

Me: I am furious, why didn\’t you act more sympathetic to what she\’s been going through with her divorce? I was responsive to your sister and her family\’s needs when they were visiting us last summer. My daughter felt badly enough without your losing patience with her. I wanted her to enjoy a respite from her personal problems.

Hubby: I know, I know. I let you down, but sometimes I find her so annoying. I just couldn\’t help myself.

Me: Did you do it because you wanted to make her feel unwelcome so she wouldn\’t come visit anymore?

Continue the dialogue to complete the exercise . . .

Former Metropolitan Opera violinist ERICA MINER has had a multi-faceted career as an award-winning screenwriter, author, lecturer and poet. Her screenplays have won awards in recognized competitions, and her debut novel, Travels With My Lovers, won the Fiction Prize in the Direct from the Author Book Awards. Erica’s 1960s coming-of-age novel, FourEver Friends, published in 2009, was written with Baby Boomer Women in mind. Her highly anticipated suspense thriller, Murder In The Pit, released in June of 2010, has received five-star reviews across the board. Learn more about Erica on her website, EricaMiner.com.

Former Metropolitan Opera violinist ERICA MINER has had a multi-faceted career as an award-winning screenwriter, author, lecturer and poet. Her screenplays have won awards in recognized competitions, and her debut novel, Travels With My Lovers, won the Fiction Prize in the Direct from the Author Book Awards. Erica’s 1960s coming-of-age novel, FourEver Friends, published in 2009, was written with Baby Boomer Women in mind. Her highly anticipated suspense thriller, Murder In The Pit, released in June of 2010, has received five-start reviews across the board.