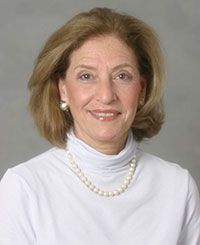 Phyllis Stoller has a BA from Tufts University (History), MA from New York University (Political Science) and a Finance Degree from the University of the South Bank, London England. She has lived and worked in England, France and Switzerland and resides in New York.
Phyllis was an international corporate banker, before starting her own business. The idea for the women’s tour company came from her need to find travel friends. Her first company became the national leader in women’s travel and Phyllis was recognized as Top in Women’s Travel by Travel & Leisure Magazine. The company was acquired in 2006 and Phyllis subsequently restarted as The Women’s Travel Group, www.thewomenstravelgroup.com with strategic partners USTOA active member: SITA World Travel,
Phyllis specializes in smart tours with speakers and insightful itineraries for women. She believes women’s tours should see the country not the carpet emporium and listen to insightful speakers not jewelry hawkers.
Arthur Frommer recently described The Women’s Travel Group as a valuable asset for women who want to travel with other women.
PS Phyllis appears in Fun with Dick and Jane as the travel agent; the movie was written by her son!
Accomplishments:
1967-70 Worked for The New York Times while attending Graduate School at NYU.
1970-80 Public relations consultant in London, networking with Fleet Street journalists. Freelanced: travel and financial articles.
1982-90 Financial analyst and marketer for various international banks, including a stint as a Vice President, Barclays Bank PLC
1991-2008 Tour operator of a leading company focusing on women; the company was acquired in 2006.
2008-2012 Marketing for women’s fitness and travel related clients, travel writing, social media outreach etc.
Phyllis has appeared on CNN, The Today Show, Lifetime for Women, in much print, and on many radio programs. She is available as a speaker for groups interested in travel for women and other related topics.
Pro Bono:
Board member, Women’s Fund of Miami Dade County, Funding Arts Network, both in Miami Fl. Active in Tufts University Women’s Networking Group, past Harvard Parent’s Association. Languages: French Spanish
Married with grown children: Nicholas, a comedy writer/direct