Monday - February 6, 2023
Home » News » If Your Doctor Says You Have Breast Cancer or Prostate Cancer You May Not Have Cancer at All

Cancer is one of the scariest words in the English language.

It brings with it images of death, suffering, loss, and hopelessness. No matter how much we may know about the facts, when we hear the world “cancer” we go into fear mode. We are told we should get tested regularly in order to “catch cancer early so it can be effectively treated.” Even the tests can add to our anxiety and fear about cancer.

I’ve lived with the fear of cancer all my life. It was the one thing my mother was terrified of getting. She smoked most of her life and knew enough that she was at risk of getting lung cancer. She never did get cancer, but died of heart-disease at the age of 80.

I pushed the fear of cancer out of my consciousness until I had my first “abnormal PSA” test. My doctor told me I needed to see a urologist. After numerous tests and biopsies, which I wrote about in “The Health $care Industry and the Prostate” and “Is the Test Worse Than the Disease,” I was told I had abnormal findings indicating a “pre-cancerous” tumor. The doctor recommended I have a prostate surgery to remove the prostate. 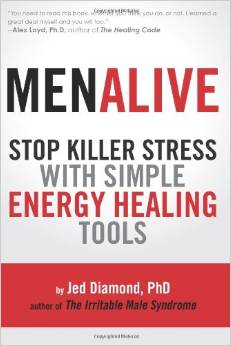 In my fearful state I thought, “I just want to get this thing out of my body so it doesn’t kill me.” Luckily I didn’t panic and consulted a holistic Urologist (not easy to find one of these doctors), Isaac Eliaz, M.D. , who recommended we treat my condition aggressively and ordered a number of supplements which I took for a year. When I was retested, I had returned to a normal reading.

A number of years later my wife, Carlin, was told her last mammogram was suspicious. After retesting, it was determined that she had a ductal carcinoma in situ (DCI). Some described it as pre-cancer, others as “cancer stage 0.” I think the fear in me was even greater thinking about my wife’s possible cancer than about my own. After talking to numerous doctors she decided to have a “partial mastectomy.”

Although we learned the facts, we were both so concerned that “cancer” could be deadly, we agreed that having it removed was the best thing. But even after the surgery that wasn’t the end of the story. We were referred to an Oncologist who specialized in breast cancer.

He recommended she follow up with radiation and chemotherapy to minimize the risk of recurrence. When we asked about changes of diet and waiting longer to see how things went, he told us he wouldn’t recommend we wait. When pressed he made an unusual admission. “We doctors are trained to act. Watchful waiting is not in our consciousness. Doing ‘nothing’ seems risky and doing ‘something’ always seems better.” Carlin decided not to do chemo or radiation and instead to change her already healthy diet and to take additional supplements.

Increasing her level of physical activity and improving her diet were Carlin’s treatment of choice rather than chemotherapy and radiation. I followed the same approach in dealing with my prostate problems. Too often the fear of cancer pushes us into action that may be more harmful than less drastic and invasive alternatives.

Most of these so called cancers are not dangerous and don’t need to be removed. Internationally regarded pathologist Jonathan Oppenheimer, M.D. believes they should not even be called “cancer.” The low-grade prostate “cancers,” he believes should more accurately be called Prostatic Epithelial Neoplasia (PEN).

Oppenheimer points out that a committee of experts convened by the National Cancer Institute recommended in July 2013 that the use of the term “cancer” should be “reserved for describing lesions with a reasonable likelihood of lethal progression if left untreated.” Many abnormalities we are calling “breast cancer” and “prostate cancer” may not be cancers at all using this more enlightened definition. 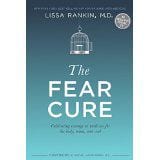 In her new book, The Fear Cure: Cultivating Courage As Medicine For The Body, Mind & Soul, Lissa Rankin, M.D. offers scientific proof that fear can make us sick. She notes that a study published in the Journal of the National Cancer Institute estimates that 25 percent of breast cancers detected on mammogram and 60 percent of prostate cancers diagnosed by prostate-specific antigen (PSA) are “over-diagnosed.” By over-diagnosis they mean, “Diagnosing ‘cancer’ that would otherwise not go on to cause symptoms or death.”

We have come to believe that diagnosis is always a good thing and the earlier the diagnosis the better. But if we’re diagnosing “cancer” that really isn’t cancer, we’re making the problem worse, not better. 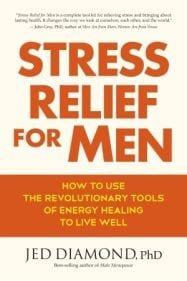 Jed Diamond, Ph.D. has been a marriage and family counselor for more than 40 years. He is the author of 12 books, including Stress Relief for Men, Looking for Love in All the Wrong Places, Male Menopause, The Irritable Male Syndrome and Men Alive: Stop Killer Stress with Simple Energy Healing Tools.

He offers counseling to men, women, and couples in his office in California or by phone with people throughout the U.S. and around the world. To receive a free subscription to Jed’s e-newsletter go to www.MenAlive.com. If you are looking for an expert counselor to help with relationship issues, write Jed@MenAlive.com. Or, join Jed on Facebook!