Tuesday - January 31, 2023
Home » Member Articles » Retirement » ‘Self-Care’ Is Not Synonymous with ‘Self Indulgence.’ Trina O’Quinn Discusses How Her Definition Has Evolved Since She First Encountered the Term in the 1970s

‘Self-Care’ Is Not Synonymous with ‘Self Indulgence.’ Trina O’Quinn Discusses How Her Definition Has Evolved Since She First Encountered the Term in the 1970s 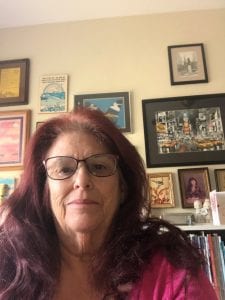 Since March of 2020, it seems that the only subject I have see written or spoken about is “Self-Care.” I was first introduced to the concept of self-care in the 70s, and my introduction coincided with the beginning of the “Me” generation.

Perhaps you remember theses days: Baby Boomers were turning 30 and still trying to individuate and separate from their parents.

The concept was focused on those of us women who had chosen to follow society’s traditional expectations: get married, stay home, and raise children. Self-care began as an action to take in the anti-aging movement.

I turned thirty in 1975. I remember it well. That day, I was working at a YMCA girl’s camp as a cabin counselor. The girls in my care ranged in age from eight to twelve. Suddenly after lunch, I realized that inexplicably, I was the lone adult in the dining hall, left by my peers to oversee all the girls in camp.

Then out of the blue, our camp’s guitar musician started playing a funeral dirge and all the camp staff began re-entering the hall. The camp director stopped at my table and handed me a homemade card that welcomed me to the “Over The Hill Gang,” while the woman who was to become my best friend, told me she had been waiting for me to join them and handed me a cake decorated with black frosting.

Unfortunately, I took what was meant to be a joke seriously and became deeply depressed. I suddenly came to understand that my youth was gone. For the next four and a half decades, my life goal was to look and act like an individual who was NOT over-the-hill, but who remained vital and valuable to society.

In the 1970s, it was difficult – if not impossible – for women with children to find work. When the last child was in school all day and the housework was done, what was there to do? Most of the available activities cost money that I, as a young adult female, did not have.

This was before credit cards, back when when we all lived in a cash-only society. The only affordable activities I found available to me were watching television and reading magazines – both of which reminded me that I was aging and needed to use their advertisers’ products to look young and keep my husband.

My only other choices were working  a part-time job, while my children were in school, which would mean that I was always working — with no rest. Or I could choose to return to college and finish my bachelor’s degree. I became focused on a single question: “How can I be everything to everyone except myself?”

At first, I chose part-time work as a sales person at a local department store as my means of self-care. That worked for a couple of years. Then, my husband injured his back, and the consensus was that he would not be able to work for a number of years. Probably not until after the children had left home.

So, I returned to college, in anticipation of  needing to become the breadwinner of the household. Finishing my Bachelor’s Degree became my means of self-care and anti-aging.  What I discovered is that I, at 30+ years of age, was going to school with 18 year olds. I realized I was not only interested in learning, I wanted to finish my degree as fast as I could with as much new knowledge as I could obtain and retain.

This meant I was essentially living in two worlds. I was an adult over 30 — not to be trusted by the younger generation —  yet trying very hard to fit into their world.

As the decades rolled by, I dragged this belief through all the phases of my personal and professional life. In 2015, as I turned 70, I began to review and reflect on my accomplishments and redefine what I wanted in my life.

Self-care took on a new definition. It included listening to myself and discovering how I felt and what I wanted in the here and now. I decided to retire as a Lecturer in the Masters of Marital and Family Therapy Program, where I had been working full time. I slashed my work schedule — which at the time involved working 18-hour days, seven-days-a-week — down to a more comfortable three-days-a-week Private Practice limited to 15 hours a week.

Then in 2017, my 92-year-old mother became very ill. With my husband’s help I took care of my mother and continued to see clients. One evening in 2019, after seeing my last client at 9:30 PM, knowing that the next day was my day to take care of Mom, I asked myself, is this really self-care?

“Me time” did not exist, except when I was driving a car or in the shower. I decided to retire 100% and close my practice. I did decide to renew my license and take the needed classes to do so before 2020. This was an old goal: To keep my brain from aging and be in the mindset that I might need to go back to work.

In March of 2020, just after my license renewal, the state of California shut down. The pandemic was unstoppable, and we were all operating under stay-at-home orders.

I have said this in other blogs, and I will close this one with this same thought. The pandemic, with its terrible destruction of human life and spirit also left me with many gifts:

For me this was a paradigm shift. I am quieting myself each day, several times a day, and listening to the voice within. When I was having much difficulty taking my online continuing education classes to renew my license before March 31, 2022, I became still and listened to that voice.

What I discovered is that I no longer needed an active license in order to practice self-care. I came to the realization that:

This is the last blog I will write as an active licensed Marriage and Family Therapist. I sent in the forms to retire my license. So my next blog will be simply from a retired Baby Boomer woman with an opinion.

Until then, I urge you to quiet yourself, look inward to see if how you are practicing self-care is what you need today. 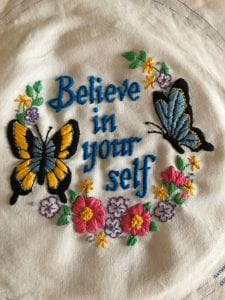 Trina O’Quinn was an actively licensed (California License # LMFT27407) Marriage and Family Therapist. Entering the profession as an older adult, Trina was in private practice for 30 years. During her career, she was a lecturer at California University Dominguez Hills, in the Marital and Family Therapy Program, where she supervised many students and mentored many associates.