Tuesday - January 31, 2023
Home » Member Articles » Personal Relationships » Come Along With Me As I Share My Experiences and Observations as a Woman with One Foot in the Traditional World and One in the Modern World.

Come Along With Me As I Share My Experiences and Observations as a Woman with One Foot in the Traditional World and One in the Modern World. 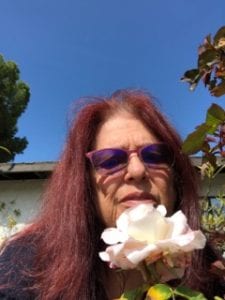 Trina stops to smell the roses – and reflect on the lifestyle changes she’s experienced as an Early Boomer.

The generation known as the Baby Boomers is now aged somewhere between  57 and 75. When I began to write this months’ blog post, I realized that that this 18-year difference is extremely significant.

When you consider our demographic’s birth years, (1946 to 1964) you realize that those of us born in the first five years of this demographic (1951 and earlier) grew up in a much different world than did those Baby Boomers who were born in the last five years (1961 to 1964).

The expectations of us — and our experiences — were much different. And why wouldn’t they be? Just look at what was going on during the years the oldest Boomers and the youngest Boomers reached adulthood…

Major headlines of 1964 – the year the oldest Boomers turned 18, included:

While headlines of 1982 – the year the youngest Boomers turned 18 included:

In this post, I am going to share my experiences of being an Early Boomer – born in the first five years our demographic…

We Early Boomer Girls, born during the late 40s and early 50s, became adults in the early 60s. We grew up as a generation that was expected to be seen and not heard. Much like those who were born in the demographic just prior to ours – The Silent Generation – born between 1928 and 1945.

I do not ever remember being asked what I liked or what I wanted to do. As a girl, all of my activities were constructed to allow me to learn the skills I would need to become a housewife.

Even college coursework was designed to prepare me for marriage and to offer me a safety net, if I ever had to support my family for some tragic reason.

The goal of our senior year was to have an engagement ring on the 3rd finger of our left hand by the day we walked across the stage and received our diploma.

So, when I speak of having one foot in the traditional world what do I mean?

I mean is that as girls, we were expected to learn skills that would help us do women’s work.

I did go to community college for a year before I married, just to be able to earn that Early Boomer Lifestyle’s “Insurance Plan,” in case I ever had to support my family. 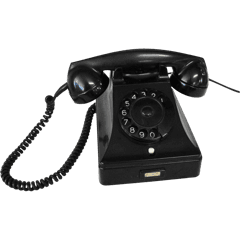 I was guided  — actually pushed — toward taking Home Economics and/or Business classes, since they were designed to help me when I was married. But I already knew how to sew and I hated working with numbers so I chose Music. (Music was my silent rebellion, and there I met other creative individuals like me, who didn’t fit the mold.)

I married in 1964 and continued to pursue a music career. I had a part-time job in the music library of the community college I attended. When my first child was born in 1966, I became a stay-at-home mom. That is what most of us did. Besides, most places of employment would not employee women with children even if she were the sole income for the family. As you might imagine, my life continued to be about the same even when my second child was born in 1970.

But as you may recall, sometime between 1971-1972 unmarried Baby Boomer Women restarted the women’s movement, and personal growth classes began to flourish. I began to think about wanting to join that world. It was not until 1976, when my son started school, that I returned to finish my education. I was turning 30 and tentatively placing one foot into a newly forming world of women.

At this time, I had both worlds pulling at me. I wanted to be home, and I also wanted to be a part of this new modern world. I tried to find mentors and eventually I had two. One was my mother and the other was a woman in my mother’s generation. She became not only my mentor but my best friend, and remained so her death at 94, three years ago.

My mother, my first mentor, is a 97-year-old adult child of an alcoholic father and stepfather.

She attended 17 grammar schools and two middle schools in the county of Los Angeles before ending up in one high school and graduating. She missed the entire fifth grade because she contracted polio. Yet, with all of that, she maintained a 55-year marriage, which only ended when my father died in 1998.

As a working adult, she was the office manager of a large elementary school in the Los Angeles Unified School District. What I learned from my mother was tenacity, persistence, determination, and independence. I learned this by watching her. I also learned kindness from her and that that kindness was to be extended to those outside of my family. Her mentoring was not verbal – by discussion – but by action.

I met my second mentor and best friend on my 30th birthday at a YMCA young girls camp. It was 1975.

What a gift she was to me. She mentored me though action and discussion. Both of us were California women who married southern men older than ourselves. Her husband left the coal mines of West Virginia while mine left the swamps of South Carolina.

Our husbands came from vastly different experiences than our own, and she helped me to understand this and taught me how to love my southern husband and to see how he showed love to our children and me.

When my husband’s back began to give him problems around 1976 – the time of the US bi-centennial – she encouraged me to go back to finish my bachelor’s in human services. She had gone to UCLA during the Great Depression and was raised by a mother who was a nurse.

She understood the value of education. She continued to push me to achieve and support myself in ways that called to me. Her most important mentoring lessons were:

What I have now come to understand is that I am the bridge between the older baby boomers and the younger ones. When I look at history, I have learned there have always been women wanting to be both traditional and modern no matter in what era they lived.

So, Moving Fast Forward to Current Day: What did I learn?

Did this era solve all the problems? No. What it did was bring them to light and create a new understanding for Baby Boomer women. An understanding that has passed down from the women who were members of the Greatest Generation (born between 1900 through the 1927) and the Silent Generation (1928 to 1945).

And now it’s our job to pass our accumulated wisdom forward to the next generations.

Trina O’Quinn is an actively licensed (California License # LMFT27407) Marriage and Family Therapist. Entering the profession as an older adult, Trina was in private practice for 30 years. During her career she was a lecturer at California University Dominguez Hills in the Marital and Family Therapy Program, where she supervised many students and mentored many associates.