My Date with Danger: A Cautionary, True-life Tale of Date Rape

by Mel Currier for the NABBW

When I was seventeen, I moved to New York City to attend secretarial school and lived at The Barbizon Hotel for Women. Men weren’t allowed past the lobby, so that provided some security and sanity for my parents. But what happened outside the walls of The Barbizon was another story.

The time was the 60s and Malachy’s, the first-ever singles bar, was just around the corner from The Barbizon. In an exclusive upper East side neighborhood, it was a dingy, hole-in-the-wall bar, but it was the place to be. Even though I was underage, I had my first drink, a Seven Seven, there. 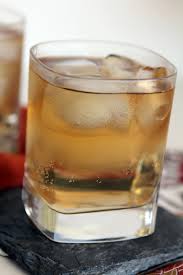 My friends and I went there frequently, but I rarely saw anyone that appealed to me – until I saw John, one of the handsomest guys I had ever seen. His tall, blonde, preppy, clean cut look instantly attracted me.

He said he was in prep school and was a year younger than me. We saw each other at Malachy’s a few times before he walked me back to The Barbizon one evening, gave me a passionate kiss and said more than once that he wanted me “completely.” I was flattered, but having sex with him wasn’t an option. I was a virgin and had no plans to lose my virginity.

He finally asked me out for a Saturday afternoon to meet his brother who lived in the city. When the day arrived I was thrilled to be on a date with John and I clearly remember how wholesome I looked in my cranberry colored cotton slacks, a madras blouse and Bass Weejuns.

We took a cab and arrived at his brother’s brownstone in Greenwich Village. After walking up the steep front steps, John unlocked the door. As we walked into the apartment, it was chillingly quiet.

John nonchalantly commented that it looked like his brother wasn’t home and ushered me straight into a bedroom. Before I knew it, he was violently ripping off my clothes and forcing himself on me. I screamed “NO!!!! NO!!!!,” but John was focused on one thing as he repeatedly slapped my face and raped me. It was over in five minutes, but it seemed like forever.

As I was putting my clothes back on, I was overcome with a very surreal feeling of anger and strength, while he took a passive role and seemed pleased with my new found power. I had entered the brownstone a naïve, trusting virgin and in less than half an hour I left feeling physically, mentally and spiritually violated. John insisted on getting a cab for me. I never spoke to him again.

In 1965, going to the emergency room, or to the police, after being raped didn’t occur to me as a conscious option. Little sympathy was given to rape victims by health care workers, the police, the court system and society. The victim was often blamed for the rape — it was assumed that she “asked for it.”

So the first thing I did when I got home was take a shower, the second was look at my calendar to see if I was ovulating. I was. Next I prayed like I never prayed before. Abortion wasn’t legal in those days, so back alley abortions (i.e. coat hangers) – or having a baby (which I wasn’t prepared for) – were the main options available. Two weeks later I got my period. Thank you God! Thank you God!

I had no emotional support system at the time, so I didn’t tell anyone, not even my parents. I put it out of my mind as if it never happened. My denial was my protection.

The memory of that October day eventually resurfaced decades later, as if coming out of a deep hibernation. I realized John pre-meditated the whole thing and I was very lucky to be alive.

By that time I was an expert at finding people on the internet, but John’s name was so common, even I was unable to find him. After years of searching for him I almost lost faith of ever finding him. Then I got the idea to check Facebook’s new “people finding” feature and searched the name of his prep school along with his name. Bingo! His Facebook profile picture was validation that I had the right man and I was shocked and outraged at what I read.

Even though his blonde hair is now gray, he still looks preppy, but he is twice the size he was nearly fifty years ago. His info page revealed that he attended Harvard and is the owner of a lucrative company. He’s also now a husband, father and grandfather. But what really shocks and enrages me is that he ministers to people at his church, is on the Board of a Christian school, one of his favorite books is The Bible, and he had been a police officer for ten years!!

After reading this I had so many feelings and unanswered questions.

I could send him a letter, email or a Facebook message, but what good would contacting him do? His family probably doesn’t know about his past. And they, like me, are innocent victims who don’t deserve to have their lives turned upside down. Ultimately I decided to let the issue go and give it to the Universe to handle.

Now that I have had time to reflect, there were three red flags I wish I would have observed.

There are many other ways you can protect yourself if you’re in a dangerous situation, including:

Women need to take control. The next time you go out on a date, make sure you have a plan of action in case the evening takes an unexpected turn. It may just save your life!

Mel Currier lives in Dublin, Ohio with her husband and two Siamese cats. She left corporate America in 2008 where she was an intellectual property paralegal. Since then she has devoted her time to writing and has had numerous articles published on a wide variety of topics. Her articles can be read on her website www.melodeecurrier.com.