Recently I received a review copy of the book, Lonely at the Top: The High Cost of Men’s Success by Thomas Joiner, Ph.D. I was happy to offer a review.

Dr. Joiner and I share a professional interest in suicide prevention.

Suicide is a major world-wide epidemic taking the lives of over 1,000,000 people a year, according to the World Health Organization. Estimates suggest that 10 to 20 times more individuals attempt suicide.

Our personal lives have also been touched by suicide. My mid-life father tried to commit suicide when I was 5 years old. Although he lived, our lives were never the same.  I grew up wondering what happened to my father and was terrified that the same thing would happen to me. My life-long interest in men’s health grew from my desire to help men, and the women and children who love them, to understand what causes men to give up on life and what we can do to keep them engaged.

Dr. Joiner’s father, also named Thomas, killed himself when Dr. Joiner was in his third year of graduate school. Although the senior Thomas was depressed, he didn’t seem like a suicide risk.

As reported by Tony Dokoupil in a recent article, The Suicide Epidemic, “the 56-year old Joiner was gregarious, the kind of guy who was forever talking and laughing and bending people his way. He wasn’t a brittle person with bad genes and big problems. Thomas Joiner Sr. was a successful businessman, a former Marine, tough even by Southern standards.” As it turned out, these “manly” traits may have contributed to his demise. 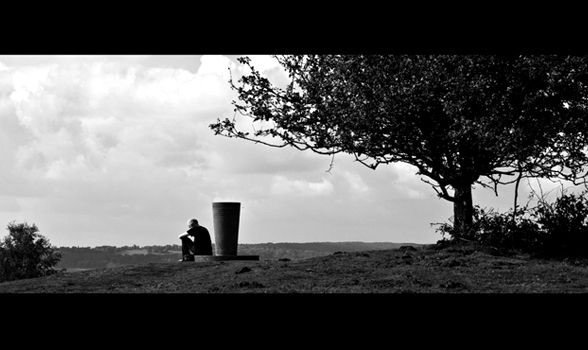 Joiner remembers the day his father disappeared. “Dad had left an unmade bed in a spare room, and an empty spot where his van usually went. By nightfall he hadn’t been heard from, and the following morning my mother called me at school. The police had found the van. It was parked in an office lot about a mile from the house, the engine cold. Inside, in the back, the police found my father dead, covered in blood. He had been stabbed through the heart.”

The investigators found slash marks on his father’s wrists and a note on a yellow sticky pad by the driver’s seat. “Is this the answer?” it read, in his father’s shaky scrawl.

They ruled it a suicide, death by “puncture wound,” an impossibly grisly way to go, which made it all the more difficult for Joiner to understand.

Suicide is a Primarily Male Problem

In his latest book, Lonely at the Top, Joiner asks, “which cause of death stands out as affecting men far more than women?  Given their privileged financial and society status, perhaps it has something to do with the dark side of wealth and power such as the cardiac or stroke-related consequences of influential but stressful jobs, or a taste for expensive but unhealthy foods?”

“No,” he says, “It’s suicide.” Approximately 30,000 people commit suicide each year in the U.S. and 80% were men. Overall, males kill themselves at rates that are 4 times higher than females. But in certain age groups men are even more vulnerable. The suicide rate for those ages 20-24 is 5.4 times higher for males than for females of the same age.

A New Understanding of Why People Die by Suicide

Joiner is 47 now, and a chaired professor at Florida State University, in Tallahassee. He’s made it his life’s work to understand why people kill themselves and what we can do to prevent them from taking their lives. He hopes to honor his father, by combating what killed him and by making his death a stepping stone to better treatment. “Because,” as he says, “no one should have to die alone in a mess in a hotel bathroom, in the back of a van, or on a park bench, thinking incorrectly that the world will be better off without them.”

Dr. Joiner has proposed a new theory of why people commit suicide which he believes is more accurate than previous formulations offered by writers like Edwin Schneidman, Ph.D. and Aaron Beck, MD. According to Schneidman’s model, the key motivator which drives people to suicide is psychological pain. In Beck’s understanding, the key motivator is the development of a pervasive sense of hopelessness. Dr. Joiner suggests that these are correct understandings but are also too vague to be useful for predictive purposes and not capable of offering a complete motivational picture.

Joiner proposes that there are three key motivational aspects which contribute to suicide.

All three of these motivations or preconditions must be in place before someone will attempt suicide.

Although women, too, can take their own lives when they suffer at the intersection of  “feeling alone, feeling a burden, and not being afraid to die,” this is clearly a more male phenomenon.  Throughout our lives males take more risks and invite injury more often.  We are taught that “winning isn’t everything, it’s the only thing” and “no pain, no gain.”

Men often invest so much of our lives in our work, when we lose our jobs or retire we feel worthless, unable to contribute.  It’s a short step to feeling we are a burden on those we love.  We also put less effort into developing and maintaining friendships so we can come to feel more and more alone.

I’ve found that Joiner’s model, what he calls the Interpersonal Theory of Suicide, can be very helpful in understanding suicide risk in men. The three overlapping circles help alert us to the kinds of questions we might ask ourselves if we want to prevent suicide. Joiner and his colleagues have developed a questionnaire that addresses these issues. Here are a few of the items they assess:

Like most people, I’ve had thoughts of suicide at numerous times in my life, but the one time I felt at high risk of actually killing myself was when all three sectors overlapped. I was lucky that my wife was smart enough to remove the guy from the house until I saw a therapist and got into treatment for my depression and my suicide risk subsided.

Some people believe that if a person is going to kill themselves, there’s nothing one can do. If you try to stop them, they’ll just bide their time and do it later. However, we now know that suicidal intention is transient. If we can get support to get through those times when we feel disconnected, a burden to others, and having the means and mind-set to actually kill ourselves, we can begin to develop the social supports to turn things around.

I suspect the difference between James Joiner’s dad and my dad wasn’t their level of  “thwarted belongingness” or “perceived burdensomeness” but my father’s lower capacity for suicide. Disrupt one of the risk circles and we buy ourselves more time to heal.  Making a connection can be as simple as a smile. I read the report of a man who left a note as he walked across the Golden Gate Bridge. It said, “If one person smiles at me, I won’t kill myself.”  The note was found after he had plunged to his death. We can all reach out, in our own way, and touch someone who may feel disconnected, disrespected, and useless.

Jed Diamond, Ph.D. has been a marriage and family counselor for the last 44 years. He is the author of 10 books, including Looking for Love in All the Wrong Places, Male Menopause, The Irritable Male Syndrome, and MenAlive: Stop Killer Stress With Simple Energy Healing Tools. He offers counseling to men, women, and couples in his office in California or by phone with people throughout the U.S. and around the world. To receive a free subscription to Jed’s e-newsletter go to www.MenAlive.com. If you are looking for an expert counselor to help with relationship issues, write Jed@MenAlive.com.

Jed Diamond, PhD, LCSW
Jed is Founder and Director of the MenAlive, a health program that helps men live long and well. Though focused on men's health, MenAlive is also for women who care about the health of the men in their lives.
See More Articles From Jed Diamond, PhD, LCSW
Tagged: Aaron Beck MDEdwin Schneidman Ph.D.hopelessnessInterpersonal Theory of SuicideJed Diamond Ph.D. LCSWJed@MenAlive.comLonely at the Top: The High Cost of Men’s SuccessLooking for Love in All the Wrong PlacesMale MenopauseMenAlive: Stop Killer Stress With Simple Energy Healing ToolsMyths about SuicideNABBWpsychological painsuicideThe Irritable Male SyndromeThe Suicide EpidemicThomas Joiner Ph.D.Tony DokoupilWhy People Die by Suicidewww.MenAlive.com