When I Grow Up I Want to Be Betty White

When I Grow Up I Want to Be Betty White 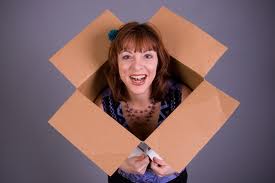 When I was a teenager I thought my grandmother was ancient. She had white hair, wore hand-knit shawls, and kept a bowl of hard candy on her coffee table to distract us from the chocolate she hoarded for herself in the pockets of her apron.

We never ate the hard candy because it would have taken a hammer and chisel to get a piece small enough to fit into our mouths. Besides, it was mostly covered in dust and moths.

Grandma was also a germaphobe who Cloroxed everything. We kids were afraid to roll over in bed for fear of ripping the “been bleached so many times there’s nothing left but the molecular reminder of” sheets.

She insisted our bathwater include a half a cup of bleach (which explains why I’m so pasty). She even drank water out of a Clorox bottle she kept in the refrigerator. Is it any wonder she lived to be 99? Bacteria and fungi didn’t stand a chance.

When I was 13, my grandma was 70. I assumed that all women over 60 smelled like rosewater, sat in rocking chairs, bleached their grandchildren, and scolded their husbands to turn up their hearing aids and listen to them nag.

Now I know that there are women over 60, 70, and 80 who sport bikinis on the beach (Helen Mirren), make exercise videos (Jane Fonda), and experience a career resurgence powered by Twitter and Facebook (Betty White).

I personally know 70 and 80-year-old women who run marathons, teach Tai Chi, do stand-up comedy, and post personal ads online. They may bleach their hair, but they don’t bleach their livers.

While in her late 70s, my friend Patrice once showed up for a comedy competition sporting a short spiked fluorescent pink haircut and a t-shirt that spelled out, “I like Ike” in sparkles. She won the competition with her jokes about trying to pick up men with small dogs on Match.com.

Patrice once made me spit syrup out my nose when I asked her over brunch why she had a tan in the middle of the long, gray Oregon winter.  She explained that she had gotten a spray on-tan to look good on dates. “I thought it was great when I left,” she said, “But when I got home and took off my clothes, I realized that parts of me hang lower than they did in the booth. Parts of me look like Venetian blinds.” 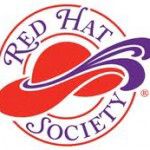 Last January, I got invited to judge an ugly holiday sweater contest for a local branch of the Red Hat Ladies. You’ve got to love a group of women who not only dress to the nines (or the eighteens, for double the fun) whenever they go out, but also procrastinate long enough that their holiday celebrations happen a month later.

The restaurant gave the group a private room, apparently aware of the craziness that ensues when a dozen or so women who no longer let what others think about them dictate their behavior.

This room happened to be the one in which the video gaming machines were also located. Three men wandered in during the time we were there, but each got embarrassed by the raucous behavior of women dancing Gangnam style while showing off their sweaters. Nary a guy stayed with us for more than five minutes.

In addition to dirty dancing and dirty jokes, the women told stories about bras and boobs. That’s right, boobs. I was laughing so hard that tears ran down my arms, so it’s hard to read my notes from that day, but I’ll try.

One woman said she was flat-chested until her forties, but she wore her older sister’s bra when she was young “to keep hay from getting in my shirt.” Now there’s a sales slogan for brassieres I’ve never seen: “Farmtex: The bra that keeps the farm out of your clothing.”

Another noted that she was born busty. Talk about an Image that would have gone viral had there been an Internet in the 1940s. “I was always the most popular girl at barn dances,” she bragged, “because the boys said my ‘heaters’ kept them warm.”

Now that I’m closer to 70 than 17, I realize that there is no end to the options that lie ahead (well, except for the option of posing for Swimsuit Illustrated, although I have been lobbying for the Midlife and older shoot. I’ve also been practicing pouting while standing in my underwear on the beach, just in case.)

If I can’t be Betty White, I’m going to aspire to become more like an 83-year-old woman I met on a flight to Denver. She was sitting across the aisle and appeared to be a “typical” grandmotherly type, wearing a long floral dress and knitting a baby blanket.

When she crossed her legs, however, her dress rode up and exposed a snake tattoo wrapped around her calf and shin. It’s great to have such fun role models paving the way for happy, healthy, and totally audacious “golden years.” All I need now is a red hat, an audacious tattoo, and a bikini and I’ll be ready to face my next three decades in style.

Leigh Anne Jasheway, M.P.H. is a Stress Management and humor expert who helps women and men manage stress, embrace change, and become healthier by learning to lighten up. She speaks at 50-60 conferences and workshops every year and has been a national Speaking of Women’s Health and Healthy Woman keynoter. She’s a member of the Association for Applied and Therapeutic Humor (AATH). Learn more about her at her website. Leigh Anne’s new book, “Confessions of a Semi-Natural Woman” (a collection of 99 of her funniest humor columns from the past ten’ish years – including the one that won the Erma Bombeck Humor Writing Competition – is now available at www.accidentalcomic.com) She also has a new blog. Of if she says, “If you go there and like what you see, you can subscribe by clicking the subscribe button (who knew?)”