When Assassins and Allies Conspire 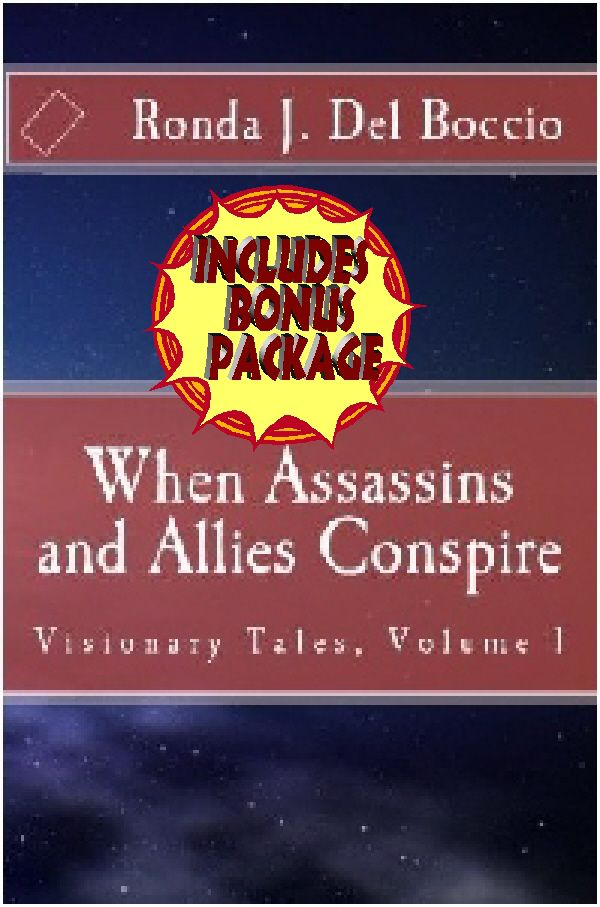 This downloadable Kindle book is a collection of four short stories, written by master storyteller Ronda Del Boccio. Each story is prefaced by a brief author\’s introduction which shares with the reader her inspiration for that tale.

I won\’t tell you about all of the stories, but I will say that each is different, and hugely creative. My favorite is the last one, a fantasy titled “Assassin and the Prince.” It features a bodyguard, AreeLaradi-prr-Kyree, or Aree the Kyree, who is perhaps best described as a cat who\’s five feet tall.

But don\’t call her a cat to her face. As a Kyree, she will be most offended by the comparison. Aree is hired to serve as a bodyguard for the human, Prince Caspian, who\’s a bit self-centered and immature. Though he begins to grow up as the story progresses.

Del Boccio promises there will be further stories of the adventures of Aree and the Prince. I look forward to reading them.

Anne Holmes
As "Boomer in Chief" of the National Association of Baby Boomer Women, Anne is passionate about educating, empowering and enriching the lives of women in their middle years. Actively involved with a number of Boomer-focused organizations and committees, she keeps a steady finger on the pulse of this spirited generation, with the goal of helping you to enjoy life, stay healthy and live lives that are rich in every sense of the word. Anne is often interviewed by the media and in addition to writing on behalf of the NABBW, she publishes www.BoomerWomensWorld.com and blogs at www.BoomerLifestyle.com
Tagged: Anne HolmesBaby Boomer WomenBaby Boomersbook reviewbooksboomer womenBoomer Women SpeakBoomersfictionHealthy WomanmusicNABBWNABBW.comNational Association of Baby Boomer WomenReviewed by: Anne Holmes for the NABBWRonda Del BoccioWhen Assassins and Allies Conspire