Monday - December 5, 2022
Home » Reviews » Confessions of an Instinctively Mutinous Baby Boomer and Her Parable of the Tomato Plant 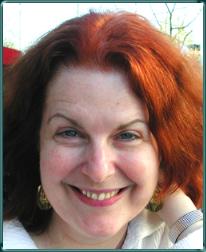 This book may have the most intriguing title of any other book I’ve read in the past year.  Which, along with the entertaining photos on the cover, is a good thing.  Both serve to stop the casual browser in a book store, get them to say, “Whaaaat?” And then the book grabs your full attention.

Marsha Roberts is an entertaining storyteller, and this book is packed with entertaining “short stories” – parables as she calls them – culled from actual, real events that happened to her and her family. (In case the definition of the word parable is a bit hazy in your mind, it means “a short allegorical story designed to illustrate or teach some truth, religious principle, or moral lesson.” Secondarily, “a statement or comment that conveys a meaning indirectly by the use of comparison, analogy, or the like,” according to Dictionary.com.)

For example, in Chapter 23, “The Miracle of the Windshield” Marsha tells you in five succinct pages of what she calls a “just-like-in-the-Bible” miracle that happened to her during the winter of 1993. In short, she found herself on Interstate-95 just south of Washington, DC, driving into the face of a major blizzard in a van that had clocked over 200,000 miles and had no heat and a defroster that only blew cold air.

White-out conditions meant outside visibility was down to almost nothing, while inside, her windshield offered only a quarter-sized view of the road. Enough to know that the highway was lined with stalled cars and the only drivable lane was reduced to a single icy groove. Snow was coming down so hard she could barely make out the tail lights of the car in front of her.

Realizing that exiting the highway was impossible, Marsha relates that she began to fight off panic. She knew angels were travelling with her, she writes, so she decided she had no choice but to “call out the big guns.”

She began to pray at the top of her voice, “Lord, I need your help. I’ve been praying for safety, but I can’t be safe if I can’t see. I ask in Jesus name that you melt the ice on my window so I can see.”

The defroster continued to blow cold air, but she quickly noticed that her tiny spot of visibility had enlarged to the size of a half dollar. And almost immediately thereafter, the sheet of ice covering her windshield slid off completely! 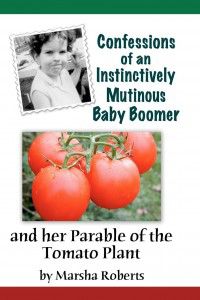 As any sane person who’d just experienced a miracle would, Marsha immediately began praising the Lord at the top of her lungs.

But wait, there’s more to this amazing story: After enjoying a few minutes of full visibility, Marsha tells readers that she realized that if she could successfully ask God to melt her windshield, she could just as easily ask Him to raise the outside temperature. Her hope: That god would melt the ice on the road, so that everyone traveling with her could drive safely.

Soon the snow turned to rain, and the icy ruts on the road thawed to slush. Despite the fact that all drivers on I-95 experienced a thaw, the blizzard continued elsewhere in all of Virginia.

There’s more to this story. And it is only one of 32 chapters in the book. All just as amazing. Anyone who has wondered whether God or miracles are possible in our lifetime will want to read this uplifting book.

In case you’re wondering what sort of person could write a book of this sort, here’s a bit of background to help you understand the woman who is Marsha Roberts:

Marsha is currently working on her second Mutinous Baby Boomer book. You can find out more and contact Marsha on her website: www.mutinousbabyboomer.com