Barry Silverstein’s Latest Book, “Boomer Brand Winners and Losers,” Is a Fun Read and a Walk Down Memory Lane

Perhaps all of us have moments when one of our more mundane thoughts crystalizes and remains frozen in our memory forever, though we don’t know why. I’ve had many of these over my lifetime. For example, during the 1962 Cuban Missile Crisis, I recall listening to the news on the radio in my mother’s kitchen, while I baked a cake which was destined to be that night’s dessert. I remember wondering whether or not Russian housewives had access to boxed cake mixes. And deciding they probably didn’t.

In an earlier memory – I couldn’t have been more than three or four – I remember lying on the couch in my parents’ living room, staring into sunbeams, and pondering cool inventions, like television. I recall wishing that I could invent something significant, thinking hard what that invention might be, and finally deciding that unfortunately, “everything had been invented already.”

This thought had to have come to me no later than 1955. And just think what has been invented since then!

How silly and innocent my thinking was! The list of post-midcentury inventions, is of course, way too long to list here. But here, in chronological order, are a bakers dozen notable inventions that immediately come to mind:

Just think what fun it would have been to have worked in marketing in the mid-60s – the era dramatized by the iconic TV series Mad Men – when nearly half the population of the United States was under age 25! (Remember, marketers understood Boomers, born between 1946 and 1964, were the largest and most influential demographic.)  Influence no doubt helped along by the fact that we watched a lot of television. This was the time when television advertising developed, revolutionizing  the way products and brands were marketed. The time when products “grew up” to become brands.

I could go on and on, recalling and listing brands and products that have been invented during our lifetimes — serendipitously, the time when the modern brand concept developed. Brands reflected popular culture and brand advertising flourished. But I don’t need to do this, since Barry Silverstein, a fellow Boomer who is also a brand historian, and brand marketing professional has written the book on Boomer Brands. 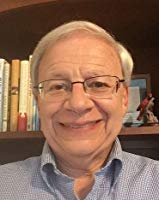 Actually he’s written two books on this subject. His latest was just released this month: Boomer Brand Winners and Losers: 156 Best and Worst Brands of the 50s and 60s. In it, Silverstein considers not just traditional Boomer branded products – like cars, soft drinks and cereal –  but also television shows, movies, songs, and personalities – noting all of them had an emotional impact on the Baby Boomer generation.

Each chapter covers a brand genre, like “Toys, Games and Comic Books,” “Automobiles,” “Fast Food,” and “Snack Foods,” and “Soft Drinks.” Each chapter begins with a bit of an overview and then gets into the meat and potatoes of this book – a single page summary of each of the 156 brands reviewed. With each brand receiving a thumbs up or a thumbs down rating. 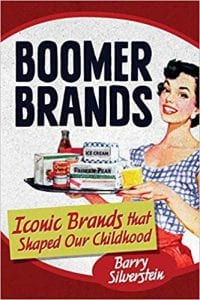 This book is a great trip down memory lane. How long has it been since you thought about Lums restaurant, the VW Beetle, cap guns, Yogi Bear, the View Master toy, Maypo cereal, Three Mile Island or The Creature From the Black Lagoon? You’ll want to read the book so you can find out which brands get Silverstein’s thumbs up – or thumbs down – and decide if you agree with him.

And, don’t forget to check out Barry’s first book on Boomer Brands, “Boomer Brands: Iconic Brands That Shaped Our Childhood.”