Losing Our Parents and Keeping Their Memories Alive

Losing Our Parents and Keeping Their Memories Alive

By Meryl Ain
For the NABBW 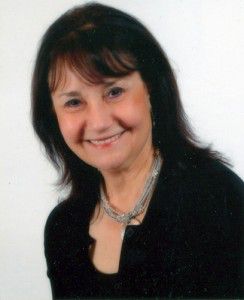 I still remember the first time I heard The Beatles on the radio as a teenager. My mother had just told me that my boyfriend had arrived for our Saturday night date. “I Want to Hold Your Hand” came on the radio and I was transfixed. I had to hear the whole song before I went downstairs. It has been 50 years since The Beatles first visited the United States, but their music is as alive as ever. Although the Beatles stopped performing as a group in 1970, and John Lennon and George Harrison have passed, their music is today enjoyed by the Baby Boomers who saw them perform, and our children and grandchildren. The power of music to evoke memories is great, and one of the most Moving of the Beatles’ songs is Let It Be, Paul McCartney’s tribute to his mother, Mary, who died from an embolism when he was 15. After his mother came to him in a dream during a difficult time in his life, he wrote the song to share her advice with the world. Each time the song is performed, played or heard, it keeps alive the memory of his mother. Not everyone can write and perform a song, but when my mother died after a brief illness, I wondered how I could pay tribute to her – in my own way. My mom was my best friend, a reliable loving, comforting, and wise presence in my life.  Ahead of her time, my mother joined the Women’s Army Corps after she graduated from college during WW II.  Later, she balanced a career and family, always being a nurturing mother. Although I was happily married with three grown sons, a daughter-in-law, and a granddaughter, I confess I didn’t know how I was going to go on without my mom. In addition, although I was in my 50’s, I was now officially an “orphan,” my father having died after a long illness a year and a half earlier. I was told that I needed closure, so I spoke with my friends who had already lost their parents. I had plenty of company among my fellow Baby Boomers. According to recent U.S. Veterans Administration figures, members of The Greatest Generation – those in their 80s and 90s — are dying at the rate of 550 per day.  It has been projected that the generation may die out by the end of the decade. My friends told me that there is no closure with those we love deeply. They are in our lives and in our hearts forever, although they are not physically present. Since my mother always told me to “get a project” when I was sad or bored, I decided that my project would be to write a book about how people keep alive the memories of their loved ones. I was hoping to get ideas from them — and to heal myself. I enlisted the support of my husband, Stewart, and my brother, Arthur, and together we wrote The Living Memories Project: Legacies That Last.  It captures the stories of more than 30 individuals who created tributes – big and small – as living memorials. The book shows how others have harnessed their Grief, transforming it into meaningful action and living legacies. The Living Memories Project describes through interviews, anecdotes, essays, poems and photographs, the many ways that 32 individuals – celebrities and others – keep alive the memories of loved ones.  Some are huge projects; some are small ones. For example singer/songwriter Jen Chapin, the daughter of the late folk rock icon Harry Chapin, tells how she keeps her father’s memory alive through his music and his commitment to social justice. Others in our book have established foundations, endowed scholarships, recalled loved one’s favorite sayings, created works of art, made recipes, or simply looked at photographs.  Carrying on their work or doing something positive in their memory not only serves as a fitting tribute, but also is a powerful healer. Now that I’ve lost both of my parents, and most of my other relatives who were also members of The Greatest Generation, my mission has become to keep alive the memories of my loved ones.  The research and writing of The Living Memories Project has been therapeutic and cathartic for me and for my coauthors. We hope that it will help others by showing readers how to find comfort and meaning through honoring the memory, values, and legacy of their loved ones.

Meryl Ain, Ed.D., a former teacher and school administrator, is a blogger for The Huffington Post, where she writes about education and family life. After she lost both her father and mother within a year-and-a-half, she decided to research how others keep alive the memories of their loved ones. The Living Memories Project: Legacies That Last, by Meryl Ain, Arthur M. Fischman and Stewart Ain, has just been published by Little Miami Publishing Company.