Guest Post By Gramps Jeffrey, author of “I Don’t Want to Turn 3”

According to an often-quoted sociology study, “Grandparents and Family Crisis,” by Cherin & Furstenberg, 30% of grandparents are classified as being “remote.” The remote definition of these almost one out of every three grandparents essentially means that they rarely see their grandchildren and most contact is made on birthdays and holidays. (Or as the New York Times wrote in their review of the book, “The New American Grandparent: A Place in the Family: A Life Apart,“ the non-fiction work Cherin & Furstenberg subsequently wrote to share their research with the public, grandchildren of remote grandparents view them as the people who “live far away and bring presents.”) 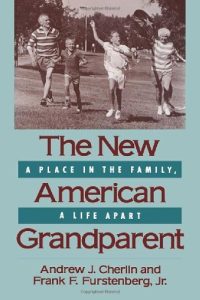 We may want to rush to judgement and ask “what is wrong with our Baby Boomer generation” that they are not involved in wanting to raise this next Greatest Generation? But many of these broken relationships may not be caused entirely by the grandparents.

While grandparents are crucial in a grandchild’s development, grandparents can also cause a strained relationship with the kid’s parents. They can facilitate dividing spouses and can cause generational anxiety. Issues such as giving unsolicited advice by telling the parents what to do; and disrespecting boundaries by dropping in unannounced, are just some examples of how grandparents can cause family strife without realizing it.

Now, just like when we were raising our own kids, a bit of head-butting happens when you simply don’t see eye to eye in the best ways to raise and care for children. But too many times grandparents go way far over that line, which does give our children the right to distance the grandchildren from the grandparents.

Examples that push grandparents away include:

We cannot lose sight that grandparents help teach kids values, help strengthen their moral compass and help advance their language skills. We also know that the more social support grandparents can give to parents, the more bandwidth this gives the parent to just be a good parent. 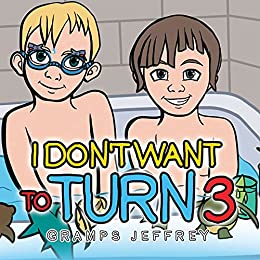 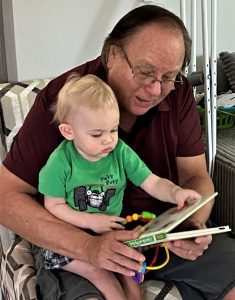 Gramps Jeffrey has four kids and six grandchildren and looks at how the kids are growing up as a Baby Boomer trying to understand how the world has evolved since he was 3 years old.

His children’s picture book, “I Don’t Want to Turn 3,” is both a Firebird Book Award Winner and a Mom’s Choice Award Winner. Gramps’ writing is quite timely given the challenging world we live in.

When not wearing his “grandparent hat,” Gramps, otherwise known as Marc Joseph, is the author of the acclaimed business book “The Secrets of Retailing…Or How to Beat Walmart” and has  contributed over 100 articles on how to help the nonprofit world and also help grow small businesses to The Huffington Post.

In “Secrets of Retail,” Joseph shares practical, “been there, done that” advice on everything from the psychology of buying to hiring employees and working successfully with vendors and promoters. In other words, he covers all the nuts and bolts of setting up shop and building your business.