“Men in the changing economy will face the same risks for depression that women faced in older economies: trapped in a family role from which they cannot escape because of an inability to find employment,” say Boadie W. Dunlop, M.D. and Tanja Mletzko, M.A. of the Mood and Anxiety Disorders Program, Department of Psychiatry and Behavioral Sciences, Emory University School of Medicine, Atlanta, Georgia.

Although world-wide research over the last 20 years has indicated that women experience depression at 1-½ to 2 times the rate of men, recent research conducted by Jed Diamond, Ph.D, and others, indicates that male depression has been under-reported and is beginning to rise significantly.  In his 2009 book, Male vs. Female Depression:  Why Men Act Out and Women Act In Diamond reported on a major research study that concluded “Women seek help—men die.”  The study found that 75% of those who sought professional help at a suicide prevention program were female.  Conversely 75% of those who committed suicide in the same year were male.

These findings are corroborated by men’s health expert, Will Courtenay, Ph.D. in his forthcoming book, Dying to be Men:  Psychosocial, Environmental, and Biobehavioral Directions in Promoting the Health of Men and Boys (April, 2011, Routledge).  Courtenay reports the following suicide and death rates (per 100,000 U.S. population) from the National Center for Disease Control, for males and females in various age groups: 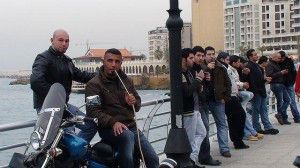 Randolph Nesse, M.D. and colleagues at the University of Michigan examined premature deaths among men in 20 countries. They suggest that as many as 375,000 lives could be saved in the U.S. alone if male mortality rates were brought into line with those of women.  Being male is now the single largest demographic factor for early death, the study concluded.   “If you could make male mortality rates the same as female rates, you would do more good than curing cancer,” Nesse says.

As Diamond reports in his recent book, Mr. Mean:  Saving Your Relationship from the Irritable Male Syndrome, one of the primary reasons that male depression often goes unrecognized, undiagnosed, and untreated is that most depressed men “act out” their depression by becoming irritable, angry, and withdrawn, while women tend to “act in” their depression and become anxious, sad, and “teary.”  Women’s response often brings sympathy and support, while men are often viewed as “mean” rather than “depressed.”

In Diamond’s book, The Irritable Male Syndrome:  Understanding and Managing the 4 Key Causes of Depression and Aggression, he offers a short summary of the differences he has found between the ways men and women experience depression.  These differences, of course, are not true of all men and women, but are tendencies seen in over 40 years of clinical practice.

A recent editorial in the March, 2011 issue of the British Journal of Psychiatry, indicates that depression rates in men are likely to increase even more due to the socioeconomic changes going on in the world.  The study’s author Boadie Dunlop, M.D., from Emory University School of Medicine in Atlanta writes, “Compared to women, many men attach a great importance to their roles as providers and protectors of their families. Failure to fulfill the role of breadwinner is associated with greater depression and marital conflict.”

Research shows that since the beginning of the recession in 2007, roughly 75 percent of the jobs lost in the United States were held by men. On the other hand, women are increasingly becoming the primary household earners with 22 percent of wives earning more than their husbands in 2007, versus only 4 percent in 1970. Unfortunately, there is little reason for anyone to believe that traditional male jobs will return in significant numbers even if the economy fully recovers.

“The recent recession afflicting Western economies serves as a harbinger of the economic future for men, especially for those with lower levels of education,” says Dunlop.  “Dubbed by some the ‘Mancession’, the economic downturn has hit men particularly hard, because of its disproportionate effect on traditional male industries, such as construction and manufacturing, although of course working women have also been affected.”

In my clinical practice, I’ve seen an increasing number of men who are out of work or are afraid of losing their jobs.  The experience is often devastating.  They become anxious, irritable, angry and sometimes suicidal.  It not only impacts the men, but also their families.  Underlying these behaviors are experiences of loss and persistent feelings of hopelessness, helplessness, and worthlessness, the hallmarks of depression.  Yet, social pressures continue to discourage men from reaching out for help despite the increasing stresses they are experiencing.

“Men in the changing economy will face the same risks for depression that women faced in older economies: trapped in a family role from which they cannot escape because of an inability to find employment,” says Dunlop and co-author Tanja Mletzko, research coordinator in the Mood and Anxiety Disorders Program at Emory University.

“Recent data from the World Health Organization suggests small declines in the gender difference in rates of major depression across younger versus older cohorts, associated with changes in traditional female gender roles.”

Dunlop concludes by saying, “Perhaps the changing socioeconomic position of the West will lead to further narrowing of this difference, with prevalence rates of depression in men increasing while rates in women decrease. Such changes would bring a new perspective to the concept of gender equality.”

Jed Diamond, Ph.D. has been a health-care professional for the last 45 years.  He is the author of 9 books, including Looking for Love in All the Wrong Places, Male Menopause, The Irritable Male Syndrome, and Mr. Mean:  Saving Your Relationship from the Irritable Male Syndrome. He offers counseling to men, women, and couples in his office in California or by phone with people throughout the U.S. and around the world.  To receive a free E-book on Men’s Health and a free subscription to Jed’s e-newsletter go to www.MenAlive.com.  If you enjoy his articles, he encourages you to subscribe.  Jed writes to everyone who joins his Scribd team.

For more than 40 years Diamond has specialized in men’s health and has developed new and innovative programs to treat male-type depression and other problems that are common in males.  For more information on Dr. Diamond’s work contact: Jed Diamond, www.MenAlive.com, Jed@MenAlive.com, Phone:  707 459-5505.