Who will get the FAT Vote? Let\’s talk politics!

The Pontificating Pundits
I\’ve been paying close attention to the news coverage of this primary season and listening to the pundits pontificate on the same points over and over again.

They talk of exit polls as they do the breakdown dance of statistics in a variety of ways. Male, female, white, African American, Latino, the Boomer vote, the youth vote, economic groups, blue collar, white collar, high school graduates, college graduates, religious affiliation. You name it. They have a statistic on how the group of the moment votes.

And how about the debates?
The candidates have been asked questions ranging from the heavy topic of war to questions about the wearing of lapel pins. However, I\’ve yet to hear the candidates queried on their position on trans-fats or high fructose corn syrup. Not one word about the obesity problem in this country.

Who will get the FAT Vote?
How will those of us who have experienced the ups and downs of the scales of injustice cast our vote? When and where will the FAT Debate take place?

Before I ask the candidates the hard questions, let\’s look at the statistics.

And now, some weighty questions for our candidates.

1. What\’s your stand on High Fructose Corn Syrup? Figures from the USDA show a steady growth in consumption of high-fructose corn syrup: from zero pounds in 1966 to 62.6 pounds per person in 2001. These statistics correspond with the rapid rise in obesity. Coincidence?

Many nutritionists explain that the body processes the fructose in HFCS differently than it does table sugar. Unlike sucrose or dextrose, fructose does not \’ breakdown\’ before it reaches the liver. It arrives almost completely intact. This changes the way metabolic-regulating hormones function and is called “metabolic-shunting.” A strain is put on the liver, causing it to kick out additional fat into the bloodstream. (Not the kind of KICK we\’re looking for.)

2. How much of NASA\’s Space Program budget is allocated to getting those of us who suffer from SCALE-O-Phobia to Pluto? Are you a scale-o-phobic? Every object in the universe with mass attracts every other object with mass. Therefore, there is a pull, a force – an attraction, and that force is called your weight. The numbers on the scale are about gravitational pull. For those who get weighed down, depressed, and feeling defeated by the scales of injustice, a trip to Pluto is in order.

3. It seems walking is our patriotic duty. Do you agree? Thomas Jefferson, author of the Declaration of Independence and third president of the United States, believed that “of all exercises, walking is the best.” Do you log in 10,000 steps per day? What type of pedometer do you recommend?

4. How will you bring more laughter into our lives (and I don\’t mean by making major blunders that give the late night shows great material for their opening monologues as the current administration has so brilliantly managed)? Laughing 100 times is the equivalent to a ten-minute workout on the rowing machine or fifteen minutes on an exercise bike. Kids laugh four hundred times a day, on average, while adults get in just fifteen chuckles.

5. As President, how many hours of sleep do you intend to log in per night? According to the National Sleep Foundation\’s 2002 Sleep in America Poll, “. . . . as many as 47 million adults may be putting themselves at risk for injury, health and behavior problems because they aren\’t meeting their minimum sleep needed in order to be fully alert the next day.” Sleep deprivation can undermine all areas of your physical and mental health. It causes confusion, memory loss, irritability and mood swings; in addition lack of sleep causes hormonal changes that cause one to eat.

May I make an observation? With all due respect, it seems to me that you are all already exhibiting signs of sleep deprivation.

6. How will you get portion control to be a part of every Americans lifestyle? Will you put an end to super-sizing? In a survey commissioned by the American Institute for Cancer Research, 78 percent of respondents said that eating certain types of food while avoiding others was more important to their weight–loss efforts than eating less food. WRONG!
By all means, make healthy choices, but … effective weight loss plans place equal importance on both the kinds and amounts of food ingested. Portion size most certainly matters, because weight loss is based on how many calories you take in and burn off.
How do you get a handle on portions? How many calories does a deli muffin contain? (Answer: 600)

8. And speaking of fats … let\’s get straight on who the enemy actually is. What are the good fats? (Peanut butter, Olive oil, Avocados, Soybeans Nuts, Canola oil, Corn oil, Sesame, sunflower and pumpkin seed) What are the bad fats? (Marbled meats, Organ meats, (including sausage), Butter, Ice cream, Mayonnaise, Whole milk, Cream Cheese, Palm kernal oil, Coconut oil) How many trillions of dollars will be allocated to the War on Bad Fat?

9. The Battle of the Bulge has been raging on for at least 100 years. I am curious as to how the candidates propose to put an end to it– without bringing the pharmaceuticals into it? Without pills that cause bowel leakage and surgeries that do not guarantee that fat once lost won\’t be found again?

10. In a letter received on November 21, 2006, Governor Mike Huckabee writes, “[Our Lady of Weight Loss] offers very creative, humorous solutions to a major problem in America. Getting healthy can be fun … and you\’ve proven it. Kudos!” And you, candidates, what words do you have for Our Lady of Weight Loss, the patron saint of permanent fat removal?

Personally, I miss Governor Huckabee. He not only lost over 100 pounds, he\’s kept it off. He ‘gets\’ permanent fat removal. No easy feat when on the campaign trail.
Talk about making choices while dining out! Geeze, these candidates have downed shots of whiskey with beer, eaten numerous hot dogs, fries, pies, deep fried Oreos – to prove that they are hard-core patriotic Americans. Huh?
Where did you say you stood on health? Is that part of your health plan? 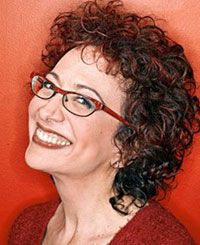 Janice Taylor
Janice Taylor, is a Weight Loss Coach and Certified Hypnotist. She is the author of Our Lady of Weight Loss: Miraculous and Motivational Musings from the Patron Saint of Permanent Fat Removal and creator of the popular e-newsletter Kick in the Tush Club.
See More Articles From Janice Taylor
Tagged: