Monday - February 6, 2023
Home » Expert Columns » Widowhood – Will We Boomers Find a Way to Reshape It, As We Have Already Done With Funerals?

Widowhood – Will We Boomers Find a Way to Reshape It, As We Have Already Done With Funerals? 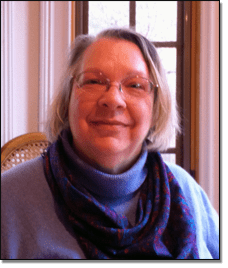 I’ve recently read three excellent books – one a novel – by two NABBW members, both dealing with the topic of widowhood. Life as a widow is not a scenario I’ve ever given much thought to, despite being advised, many decades ago in a collegiate gerontology course, that since women tend to live about five years longer than men, if we don’t want to end up widowed  it’s best to marry a younger man.

(In my defense, I was already married by that time, so couldn’t act on this sage advice.)

More recent statistics, provided by WISER, the Women’s Institute for a Secure Retirement note that:

No one grows up saying, I want to become a widow. After all, the very term “widow” is fraught with emotion! I doubt fewer than 1-percent of brides enters into her marriage planning to become a spouse who has lost her (or his) spouse to death. (I didn’t say NO BRIDE because, being realistic, we do have to allow for the small percentage of people who actually marry on deathbed circumstances, in hospitals, etc. It DOES happen – at least in some of those tearjerker movies.)

Perhaps we need a new word for this situation, because the concept of becoming having to label yourself a widow is hardly positive. Just look at all the bizarre and often negative imagery associated with the word:

Beyond that, consider the negative impact of the synonyms for a “woman who is no longer part of a complete social pair or couple due to the fact that she is legally married to a dead person.” I mean, who wants to be labeled a dowager, relict, matriarch, or fifth wheel?

The situation of being totally unprepared for the onset of widowhood dates back to the dark ages.  Unfortunately, it still continues. I don’t know how many of us Boomer women remain as unprepared for widowhood as were women in the 1800s – or even as my college educated and normally savvy grandmother was back in 1970.

But I suspect the first year of adjustment is still a rocky one, even for those of us who have worked with a financial planner and have no economic worries going forward.

For the record, in 1970 when my grandfather died, my grandmother was fortunate to discover that he had provided well and generously for her financial future.

Yet despite being comfortably wealthy, she was totally unprepared to live on her own. Despite having graduated from an esteemed four year college, travelled the world, and met and hobnobbed with a handful of “A and B list” celebrities while enjoying a worldly life of social and financial privilege, when my grandmother was widowed after 50 years of marriage, my parents learned that she had never, ever PERSONALLY learned how to pay a credit card bill, balance a checkbook or given any thought to knowing how to handle her own finances.

As often happens, this inexperience led to her making some screamingly novice financial mistakes. As a relatively benign (and funny) example, she naively deposited a birthday gift of 70 silver dollars into her checking account – fully expecting that the bank would return these same silver dollars to her when she later went in to request cash! 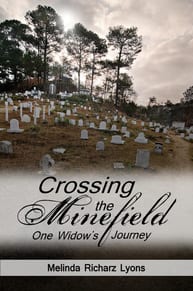 Sadly, almost 50 years later, women are still too frequently totally unprepared to live life on their own. No wonder the Grief of sudden widowhood is still ranked as the most major of the significant stressors in our lives.

While giving birth, marriage, Moving, taking on a new job or home buying are also recognized as major life stressors, most of us would still label them a piece of cake, when compared against the death of a spouse.

I suspect widowhood’s unpleasant ramifications are the main reason why even today, with all our access to lifestyle and Healthcare knowledge and information so few of us Boomer women are mentally, emotionally and financially prepared to assume to mantle of bereaved former wife.

This is why I am advocating that we all spend a bit of time NOW to think about and actually  plan for the potential of widowhood. Being as it’s an unpleasant potential, it is always going to be easy to put off until tomorrow. Even though we all know it’s always smarter to address the potential BEFORE it becomes reality.

I wholeheartedly recommend that you read the three books I briefly discuss below, each written by an NABBW member –  Alanna Parke Kvale and Melinda Richardz Lyons – who have both lived through the sudden death of a spouse and emerged on the other side — ready to tell their tales.

As Alanna says in her Introduction, should we become widowed, we will not be trailblazers –  over 13 million people in the US have become widowed — and 11 million of these people are women.

Here’s why I highly recommend you make time to read these books:

Alanna Parke Kvale is the author of “Widowhood is Not Funny: A Guidebook for the New Widow.” While her book originated in hardcover, Alanna recently published it in paperback and Kindle versions as well. 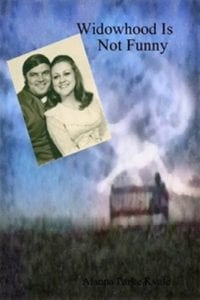 Melinda Richardz Lyons published “Crossing the Minefield: One Widow’s Journey,“ in 2011. She tells us that like Alanna, she wrote her book after her husband’s sudden death, in hopes that sharing her experiences on the road to recovery would be beneficial for others.

She proudly reports that it is now part of the bereavement programs and grief library collections in 30 states including the esteemed MD Anderson Cancer Center Patient Library. 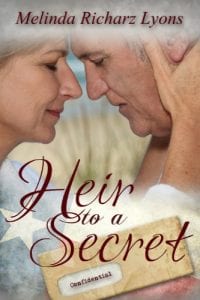 More recently, Melinda re-addressed the issues related to the sudden onset of widowhood from a fictional standpoint, writing “Heir to a Secret,” a novel targeted toward Baby Boomer Women. In it, she weaves many of her personal widowhood experiences into a moving – and entertaining – story about Addison Cameron, a suddenly widowed Boomer, who initially reels from the shock of her husband’s sudden death – and then learns how to rebuild her life, with the help of widowed friends.

I loved the way Melinda crafted advice about sudden widowhood into a fun mystery/adventure story. She’s able to “spoon feed” some of widowhood’s issues to readers that way. Very useful for people who would not choose to read a non-fiction book on the topic.

I find all three books useful, well crafted and full of important information. While I am not technically a widow, (as I had been divorced from my first husband for several years before he died), I did have to live though many typical widow experiences, such as helping my grade school age children cope with their father’s sudden death — and assisting them to manage both the funeral experience and learning how to put the pieces of their lives back together so that they could move forward. Thus I can relate to the experiences and decisions attached to the widowhood experience.

I recommend these books and wish that I had had the experience of reading Alanna and Melinda’s books before that happened. It would have made my – and my childrens’ – experience of  pain and grieving a lot less stressful and lonely.

If you’re currently married, I urge you: Please check out these books – and start talking within your families about how each of you want your death to be handled, as well as where crucial family documents are filed, and – no, it’s not macabre – start making plans for a surviving spouse.

If we would all heed this advice, perhaps we Boomers can begin to reshape widowhood, just as we have already successfully reshaped funerals.

This is important, if you want your wishes to be carried out: For example, when I started talking about death with my husband I was amazed to discover he didn’t know that upon my death, I would prefer for my grieving family to hold a celebration of life party rather than a traditional funeral. Or that I want to be cremated.

Finally, whether you’re widowed or not, please feel free to share here any experiences have you had with unexpected family deaths in the discussion box below. Especially if you believe there is anything the rest of us can learn from your stories!