Saturday - July 2, 2022
Home » Expert Columns » The Tragedy of 2013 Boston Marathon Reminds Us We Must Make Time to Celebrate Life 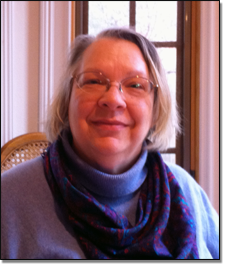 The Boston Marathon has long been an event that celebrates human triumph.

It ranks as the world\’s second oldest annual marathon, and is easily one of the world\’s best-known road racing events. With a total purse of one million dollars, it is also one of six World Marathon Majors and annually attracts over 500,000 spectators.

With this being the 116th year for the race, “Boston Marathon or Bust,” has become the mantra of runners all over the world.

Amazingly, the first Boston Marathon was held in April 1897. Which makes it the second oldest continuously running footrace in North America. (The oldest foot race, since I am sure you are wondering, is the Buffalo Turkey Trot held every Thanksgiving Day in Buffalo, New York. And it’s really only 5 months older…)

As usual, this year’s race day was held the third Monday in April – Patriot’s Day. Not so typically, this year’s race day also fell ingloriously on Tax Day — April 15. Regardless of that, the day began with all the anticipation and excitement of a typical Patriot\’s Day in Boston. But as we all now know, it ended very differently.

Which means that today, April 16, 2013, and forever going forward, we will now have an entirely new meaning for the fabled concept of “heartbreak at the Boston Marathon.”

Today, as President Barack Obama went on national TV for a second day in a row, to declare that we don’t yet know who was behind these bombings which he now labels an “act of terror,” we reflected on the heroism and bravery we normally associate with the runners’ efforts to overcome their physical challenges in order to complete the race.

With the fact that this year’s race will forever be remembered for ending with the three dead and 170 wounded, we realized that the same heroism and bravery we’ve always associated with the runners was also embodied by the volunteers, first responders, medical professionals, and even the bystanders, all who came to the immediate aid of people injured or killed.

As I reflect on this, I realize that most of us probably live in or near a community which has some sort of annual event which draws huge crowds — even if it’s just a county fair or a community fun run. Most communities, even smaller ones like Galena, Illinois, Sault Ste. Marie, Michigan or Boulder, Colorado, host some sort of annual event that brings people together.

And then of course, there are the other “monster sized events” around the country that we all enjoy watching, attending or hearing about. A quick handful of those that come to mind are below:

·         And of course, major cities like Philadelphia, Chicago, Denver, New York City and Los Angeles have more big events than I can ever count…

As we non-Bostonians watched the events unfold yesterday, I’m sure we found ourselves internalizing the scenes we saw.  Imagining “what if something like this were to happen here…”

This thought no doubt quickly followed by the realization that security at all future events of any magnitude is going to become even more intense. Especially when we consider that we still have no (official) idea who was behind the terrorist act.

Finally, as we watched friends and strangers come together to mourn, to ask why, and to help each other recover from the tragic events we’d all now seen on TV, we realized that at the very same time that we being assaulted by two contrary emotions. We were horrified. And we were proud. Specifically:

If you were at the Boston Marathon, or knew anyone who was, I offer my condolences to you. I hope those close to you are healthy and safe.

And for all of us, I can only hope that this horrible event will once again bring us together as a country. And bring an end to the petty bickering to which we all seem to have become so addicted of late.

Peace, prosperity and love, my friends! As Baby Boomer Women, we’ve all come to know that life is all too short, and we must time to celebrate it while we can.

Anne Holmes
As "Boomer in Chief" of the National Association of Baby Boomer Women, Anne is passionate about educating, empowering and enriching the lives of Baby Boomer Women, as we now begin to age beyond our middle years and enthusiastically launch ourselves into life’s next stage – which most people call old age. We Boomers know aging doesn’t have to diminish us. We still have a lot to offer the world, and we continue to be ready and willing to enthusiastically participate. Actively involved with a number of Boomer-focused organizations and committees, Anne keeps a steady finger on the pulse of this still-spirited generation, with the goal of helping us all to enjoy life, stay healthy and continue to live lives that are rich in every sense of the word. Beyond that, Anne is dedicated to helping facilitate the positive interaction between Baby Boomers and the hard-working younger generations who are readying themselves to “take the world’s reins” and continue our efforts to move society in a positive direction.
See More Articles From Anne Holmes
Tagged: Baby Boomer WomenBoston Marathon 2013ConnecticutNABBWNewtown