How to Reduce Stress and Improve Your Love Life: Lessons from the World’s Best Exotic Animal Trainers

Love has been a complicated presence in my life from the very beginning. Especially the challenges of love co-existing with stress. A few examples:

It\’s little wonder that later in life I wrote a book, Looking for Love in All the Wrong Places: Overcoming Romantic and Sexual Addictions. 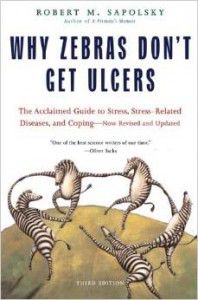 Other experts have recognized stress for the killer it is. The renowned Stanford biologist Robert Sapolsky wrote a wonderful book Why Zebra’s Don’t Get Ulcers: The Acclaimed Guide to Stress, Stress-related Diseases, and Coping.  His thesis: to help us understand that humans are mammals like zebras, but zebras handle stress much better than we do. Sapolsky concluded that we can learn a lot from our mammalian cousins.

After seeing Shamu, the killer whale, doing amazing tricks at Sea World in San Diego, Sutherland spent a year following students at Moorpark College’s Exotic Animal Training and Management Program, which she describes as “the Harvard University for animal trainers.” What she learned there changed her life. It taught her to better understand herself, and more importantly how to improve her relationship with her husband and deepen their love.

Sutherland is a good writer and shares humorous, yet helpful, experience in two books, (Kicked, Bitten, and Scratched: Life and Lessons at the World\’s Premier School for Exotic Animal Trainers, What Shamu Taught Me About Life, Love, and Marriage: Lessons for People from Animals and Their Trainers) and a popular New York Times article, What Shamu Taught Me About a Happy Marriage.

Here are some of her insights I think are helpful to everyone who wants to improve their love life. Many people are turned off to the idea of “training” a spouse, but the truth is we train each other all the time. What animal trainers know is that we can train indiscriminately or through punishment or we can guide each other through love, understanding and connection. 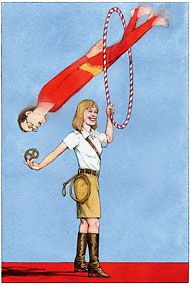 We can all identify with this experience that Sutherland shares:

As I wash dishes at the kitchen sink, my husband paces behind me, irritated. “Have you seen my keys?” he snarls, then huffs out a loud sigh and stomps from the room with our dog, Dixie, at his heels, anxious over her favorite human\’s upset.

In the past I would have been right behind Dixie. I would have turned off the faucet and joined the hunt while trying to soothe my husband with bromides like, “Don\’t worry, they\’ll turn up.” But that only made him angrier, and a simple case of missing keys soon would become a full-blown angst-ridden drama starring the two of us and our poor nervous dog.

Now, I focus on the wet dish in my hands. I don\’t turn around. I don\’t say a word. I\’m using a technique I learned from a dolphin trainer. I hear him banging a closet door shut, rustling through papers on a chest in the front hall and thumping upstairs.At the sink, I hold steady. Then, sure enough, all goes quiet. A moment later, he walks into the kitchen, keys in hand, and says calmly, “Found them.”

Without turning, I call out, “Great, see you later.”

Here are a few of the insights she learned from expert animal trainers that she found effective in improving her marriage: 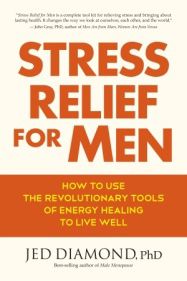 Humans aren’t whales, dolphins, lions, or tigers and there are many ways to improve our love lives. But we are all mammals and there are certain things that are true for us all. We all need love and respond to love. We all hunger for more positive responses and hate it when our negative qualities are pointed out to us. We might all do well to remember and practice the core learning from the world’s best exotic animal trainers: Reward behavior we like and ignore behavior we don\’t.

Jed Diamond, Ph.D. has been a marriage and family counselor for more than 40 years. He is the author of 12 books, including Stress Relief for Men, Looking for Love in All the Wrong Places, Male Menopause, and The Irritable Male Syndrome. He offers counseling to men, women, and couples in his office in California or by phone with people throughout the U.S. and around the world. To receive a free subscription to Jed’s e-newsletter go to www.MenAlive.com. If you are looking for an expert counselor to help with relationship issues, write Jed@MenAlive.com.

Jed Diamond, PhD, LCSW
Jed is Founder and Director of the MenAlive, a health program that helps men live long and well. Though focused on men's health, MenAlive is also for women who care about the health of the men in their lives.
See More Articles From Jed Diamond, PhD, LCSW
Tagged: Amy Sutherlandand Coping.and Marriage: Lessons for People from Animals and Their Trainersand Scratched: Life and Lessons at the World's Premier School for Exotic Animal TrainersBittenJed Diamond Ph.D. LCSWKickedleast reinforcing synromeLooking for Love in All the Wrong PlacesLoveMale MenopauseMenAlive: Stop Killer Stress With Simple Energy Healing ToolsMoorpark College’s Exotic Animal Training and Management ProgramRobert SapolskySea WorldShamuStress-related DiseasesThe Irritable Male SyndromeWhat Shamu Taught Me About a Happy MarriageWhat Shamu Taught Me About LifeWhy Zebra’s Don’t Get Ulcers: The Acclaimed Guide to StressWhy Zebras Don't Get Ulcerswww.MenAlive.com