Sidney Kess, of Counsel to Kostelanetz & Fink, LLP and a Senior Consultant at Citrin Cooperman & Co., is a nationally renowned tax expert and author/coauthor of hundreds of tax books on financial and estate planning. He has written hundreds of AICPA tax workshops, audio and video programs, and is the recipient of the AICPA Distinguished Lecturer Award. Mr. Kess is often quoted in The Wall Street Journal, The New York Times and other national publications. He was included in Accounting Today’s “100 Most Influential CPAs in the U.S.” as well as CPA Magazine’s “Most Influential CPAs in the U.S.”
Mr. Kess is the recipient of the AICPA’s “Special Recognition Award” for his many years of contributions to the AICPA’s Continuing Professional Education program and was elected to the Estate Planning Hall of Fame by the National Association of Estate Planners and Councils for his distinguished service in the field of estate planning. He also received the AICPA’s Gold Medal Award for Distinguished Service (the highest award in the CPA profession), and was named the 2015 winner of the New York State CPA Society’s Dr. Emanuel Saxe Outstanding CPA in Education Award. Mr. Kess most recently was honored with the AICPA 2016 PFP Distinguished Service Award, which is granted annually to a member whose volunteer efforts have made significant contributions to the growth and advancement of the personal financial planning profession.
Mr. Kess received his JD from Harvard University School of Law, LLM from New York University Graduate School of Law and BBA from Baruch College. 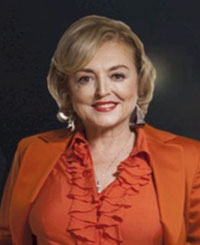