Let me first tell you that I don\’t like the term “networking.” For many Boomer women, it conjures up negative memories of networking in the 80s, when you hurled business cards at 100 strangers, dumped the 100 cards you received in return into a drawer, and didn\’t truly connect with anyone.

Networking has come a long way, baby. Think of it as relationship-building, rather than networking, because that\’s the goal: really connecting with people. Women are natural-born relationship-builders, so this is an arena where we have a serious business advantage.

People do business with people they like, and whether you\’re 26 or 62, you need to be in front of people so that they can hire you or refer business to you. But networking, just like any other business endeavor, must be strategic.

Here\’s how to spell networking success in seven letters:

N is for Saying NO. Try new events and groups, but don\’t be afraid to say no to groups that don\’t work for you. Networking is a strategic skill and you need to go where you\’re most effective.

E is for Exponential Contacts! Instead of trying to connect with 50 people, build relationships with 5 people who know 10 people each.

T is for Time Invested Now or Later? Knowing people helps you get things done in 1-2 phone calls or emails, instead of starting from scratch and trying to discern a decent lead from the yellow pages.

W is for Why are you Going? Be clear about what your expectations are when you walk into an event. It\’s important to have a goal in mind, whether that\’s as simple as “practice my 30 second pitch” or “build at least one relationship.” Networking for its own sake will wear you out.

O is for Over the Long Haul. Go to groups that work for you regularly, and take the time to cultivate relationships for mutual prosperity.

R is for Return on Investment. Networking is an investment in your craft; in meeting contacts you may one day need; in promoting yourself to people who may one day need you. It is not a meaningless two hours spent chit-chatting and gossiping, unless that\’s how you choose to use it.

K is for Keep it to a Minimum. It\’s unrealistic to join every group in town in order to promote yourself. Limit your networking to a few events per month so you don\’t burn out. 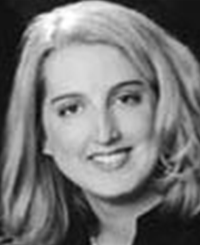 Jennifer Kalita
Have questions about what you've discovered about yourself here? Contact us at selfmade@thekalitagroup.com to discuss the results, or look into our website at www.thekalitagroup.com for more information about entrepreneurship. While you're there, sign up for our free ezine, Self-Made Minutes™.
See More Articles From Jennifer Kalita
Tagged: