Tuesday - January 31, 2023
Home » Expert Columns » Travel Columns » The BBC Comes to the Colorado Rockies to Film ‘Trailblazers’ — And Linda Ballou is ‘Saddled Up’ as Their Isabella Bird Expert 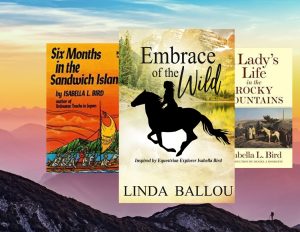 In April I was honored to be selected as the “Isabella Bird Expert” for the upcoming BBC documentary “Trailblazers,” a series spotlighting heroic women that have fallen through the cracks of time. 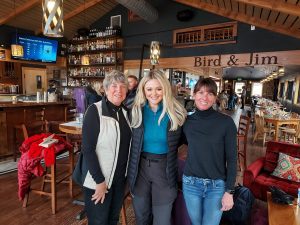 Linda Ballou, Actress Emily Atack & Melissa Strong owner of the Bird & Jim, pose at the Bird and Jim during the shooting of Trailblazers.

I joined the film crew at Bird & Jim Restaurant for my interview. I was greeted there by the three ladies –  Emily Atack, Ruby Wax, and Melanie Brown – who were in the midst of following in Isabella’s hoof prints in the RNP and through the Front Range where Isabella rode solo in the winter of 1873. As you can see from the official trailer below, these ladies are also featured in the Trailblazers program. 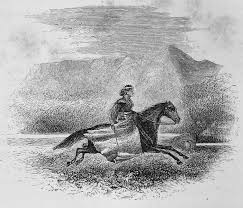 At the age of 40, Isabella suffering from chronic back pain, lifted herself from the invalid’s bed to take an extended sea voyage to liven her spirits. She left New Zealand in the less-than-seaworthy Nevada where she encountered a hurricane on the way to California.

The storm forced the Nevada to dry dock in Honolulu for repairs. Isabella intended to stay six days on the Islands, but she fell in love with the lush, life-giving beauty found there and stayed for six months.

This proved to be a transformative experience that gave her the strength and stamina to carry forward with her planned Mountain Tour in Colorado. 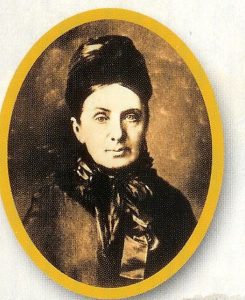 Living in solitude in her tiny cabin at Evan’s Lodge she could see Long’s Peak, the monarch of the now Rocky Mountain Park, glistening in fresh snowfall from her window.

She prevailed on Jim Nugent AKA Rocky Mountain Jim, the self-proclaimed guardian of the mountains, to be her guide. An unlikely friendship bloomed between them and he finally agreed to guide her on the climb. It is rumored their relationship deepened and that Jim asked her to marry him. 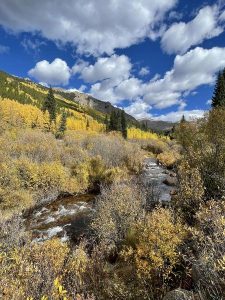 Unstoppable, Ms. Bird went on to do her mountain tour from Denver to Fairplay where she rode with Comanche Bill a renowned Indian killer through desolate South Park. She stayed in Fairplay a mining town where vigilante law prevailed.

She continued on through daunting gray spires to Georgetown and across what is known as the Peak to Peak Hwy to Estes Park. She averaged 25 miles a day on her springy-legged mount she dubbed Birdie, with her feet often frozen to the stirrups. 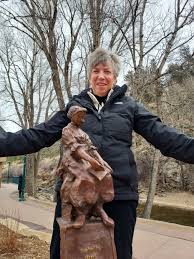 The Trailblazer series is nearing completion and is scheduled to air in England on November 28 at 9 PM on the BBCTwo and on iplayer. After my visit in April to Estes Park, I was interviewed about Isabella by three UK magazines. This will bring attention to the film and the unending beauty of Estes Park and the Rocky Mountains of Colorado.

If you’d like to read more about Isabella’s story, my book, Embrace of the Wild is available at MacDonald’s Bookshop, Bird and Jim Restaurant, and wherever books are sold.

Better yet, if you purchase the book on my site, www.LindaBallouAuthor.com, I will send a gift-wrapped, signed copy, with free shipping anywhere in the U.S.