Hard Lessons from a Hard Drive

After the LORD finished speaking to me, I got another scroll and gave it to Baruch. Then I told him what to write, so this second scroll would contain even more than was on the scroll Jehoiakim had burned. – Jeremiah 36:32 cev
Have you ever had the hard drive on your computer crash and burn? I have. And I wouldn\’t wish that situation on my worst enemy. I lost everything on my computer. All my files. All my mail. All my favorites and email addresses.
I sat in front of my laptop and prayed. Then I cried a bit. Then I prayed some more. I took my computer, which I really wanted to shove over a cliff, to two different computer tech places. They assured me they could recover my files. They couldn\’t.
I prayed that somehow we\’d figure this out so that I recovered my files.
Guess what? God said, “No.” Sometimes He does that. And it\’s hard to take, isn\’t it?
I spent a couple weeks without something to which I\’d grown addicted. Did you know that addictions come in many different forms? That was my first lesson in this whole mess.
I learned another lesson when I discovered just how much time I had spent on-line. Without the distraction of email and messages boards, I actually studied for an exam for the college course I\’m taking. I completed a children\’s book and got it to the publisher.
Lesson Three? I found I had used my time on my ‘writing machine\’ – my loving name for it, to procrastinate my duties in other areas besides writing and studying – like laundry and cleaning. Oh, my. Not what I need – another way to procrastinate!
In the book of Jeremiah, we read that God told Jeremiah to write the words He gave him on a scroll. So, Jeremiah called for his scribe, Baruch, to write them all down. Baruch then took the scroll to the temple to read the words of the Lord. King Jehoiakim had the scroll brought to him, and threw it in the fire.
Do you know what the Lord told Jeremiah to do? Get another scroll. Start writing. The second scroll contained all the words the Lord had told him, and more. The New King James Version says, “There were added to them many similar words.”
Someone told me that God must have great things in store to throw such an obstacle in my path. But anything that satan means for evil, God can use for good. I\’m not writing Scripture of course, but I do believe God can and will inspire me by the power of the Holy Spirit to rewrite a lot of what was on the computer, and add to them many similar words. I believe God can not only restore, but also give an increase.
Tell me – do you use your time on the computer to shirk responsibilities? Maybe you surf the web instead of writing, or talk to other Christians online instead of spending time talking to God. Maybe my hard lesson will help someone else. First, talk to God Himself before writing about Him. Secondly, back up your files regularly. And finally, turn off the computer now and then. It\’s difficult at first, but you\’ll enjoy the time you spend online much more if you\’ve taken care of obligations first!
Prayer: Lord, I thank You for Your presence, for Your Word, and for Your goodness. Help me to be faithful to use my time and resources wisely. In Jesus Name I pray, Amen. 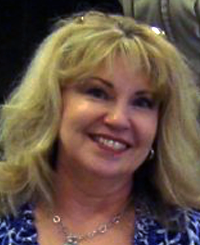 Donna Shepherd
Children's author and inspirational writer, Donna J. Shepherd, looks at everyday life and finds God's fingerprints everywhere. From bird watching to the Beatitudes, Donna's writing touches the heart with wisdom and humor while feeding the mind with daily portions of God's Word. She is currently a columnist for The Dabbling Mum and a staff poet for The Inspiration Station. Her articles and poetry have appeared in Reminisce Extra, Just Between Us, Guideposts for Kids, Penwomanship, Sisters in the Lord, and many more. Her devotionals appear in Daily Grace for Women, Devotional Reflections to Nourish Your Soul (Honor Books), and Anytime Prayers for Everyday Moms (Warner Books).
See More Articles From Donna Shepherd
Tagged: