Tuesday - October 20, 2020
Home » Expert Columns » Home & Garden » Gardening » Why Not Plant the Adaptable, Dependable Chrysanthemum in Your Garden This Fall?

Why Not Plant the Adaptable, Dependable Chrysanthemum in Your Garden This Fall? 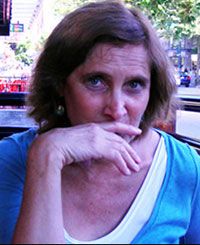 In my inaugural garden post, I thought I’d start by talking about one of the most reliable late-blooming perennials in much of the United States, the garden mum (whose botanical name is chrysanthemum morifolium).  Its yellows, oranges, reds, rusts and purples echo the colors of autumn leaves and have come to symbolize fall. The plant is so reliable, so ubiquitous, and so easy to grow that we often overlook its long and distinguished heritage. Besides being good exercise and good therapy, gardening is also way to learn about the world both scientifically and socially. This post will delve into all of the above.

A legend in Japan says that chrysanthemums have been living on that island ever since 12 shipwrecked young couples arrived from China, bringing the flower to exchange for an elusive herb of youth. That herb apparently hasn\’t been found yet, but the Japanese empire was founded.  A 16-petaled chrysanthemum was adopted as the imperial symbol in the Twelfth Century for use on the imperial family\’s coat-of-arms and money and was reserved for the Japanese family alone in 1869. The word for chrysanthemum in Japanese is kiku, also a popular girls\’ name.

The chrysanthemum also appealed to Chinese nobility and was forbidden to commoners there until recent times. From China, the flower went to Korea in the 4th Century, and to Japan in seed form at about the same time and in plant form 500 years later.  It has been shown in flower shows since 685 A.D., which has given the Asians a long time to breed and perfect it.  In fact, there seems to be a competition to see who can bestow the most honor on this flower. The Japanese have gone so far as to set aside September 9 as official Chrysanthemum Day.  For some reason the Chinese associated chrysanthemums with rest and ease, while for the Japanese they symbolize long life and happiness — pleasant associations, in either case.

Korea, China, and Japan all have their own preferred flower form. The mop-headed kind were developed in Japan and China, the Chinese prefer incurved flowers, and the Japanese go for the reflexed ones. The Korean c. rubellum are the simplest of form, looking like daisies, with rays around a yellow center.  Close to their ancestral form, they\’re also the hardiest and the easiest to grow.

The chrysanthemum belongs to the daisy family (compositae) whose traits include a center where the flower\’s reproductive organs are located, surrounded by ray-like petals, resembling a child\’s drawing of the sun.  Its leaves are deeply lobed or cut, sometimes feathery, and oval to lance shaped.  There are more than 12 wild species of chrysanthemum in Japan, but it is not known whether they are native or have escaped from cultivated forms over the centuries.

C. morifolium arrived in Europe in 1689, and at least six species were grown by the Dutch during the 1700s.  Robert Fortune was sent by the British Royal Horticultural Society in 1843 to get some seeds for the hardy autumn-flowering c. morifolium, and after he returned with these to England, the flower\’s popularity grew.  Soon the English couldn\’t do without them, and when they went to America, they took chrysanthemums along in 1798.  By 1850, there were forty varieties available throughout the United States, and in 1900 the National Chrysanthemum Society was born and held its first exhibition in Chicago two years later.

Europeans devised their own meanings for the mum.  From the time of its arrival in Italy during the late 17th Century, the chrysanthemum became associated with Il giorno dei morti, (the Day of the Dead, or All Souls\’ Day, November 1) perhaps because it blooms around that time of year.  Even today it is considered primarily a funeral flower in Italy.  In Victorian England, a flower language was developed in which flowers symbolized other things, and the chrysanthemum stood for optimism and cheerfulness.  Perhaps the chrysanthemum is many things to many people because of its great variety of form and color, even though a constant chrysanthemum characteristic is its pungent leaf fragrance.

Chrysanthemum\’s normal blooming period is as days get shorter during late summer and fall:  If you want to see the colors before you plant them, buy them in the fall already blooming.  However, spring-bought plants have a better chance to survive than fall-bought ones, and if you buy in spring, make sure they aren\’t already in bloom: Spring-flowering mums have probably been grown under artificial conditions inside a greenhouse, and their natural flowering cycle has been altered.  Further, they may be what\’s know as indoor or greenhouse mums and not hardy enough to last the winter outside.

Chrysanthemums have been useful through the ages. They make a good yellow dye, and they produce a resin that seems to protect strawberry plants from insect attacks.  The petals are edible and can be added to salads, if you\’re tired of a green salad and think you might enjoy an orange or purple one. People also infuse them into a healthy tea.

Deborah Clark
Deborah Clark says she might never have taken up gardening if she hadn’t had neighbors who shared their love of gardening with her – but moved away. It all started in 1973, she says, when a departing neighbor invited her to take care of an already-planted community vegetable garden plot: all she had to do was weed and harvest. She was hooked. The following year, another departing neighbor left behind a copy of Rodale’s iconic book, “Organic Gardening” which gave her a solid basis in organic techniques.
Tagged: chrysanthemumDeborah Clarkgarden mumgardeninglater-blooming perennialsNABBWspring-bought plants