Many women, at a slightest provocation, would have waves of intense emotions, such as anger go through them. Many would be intolerant of behaviors that transgressed their own limits, and limits of others. Some women would be focused on their sense of outrage and anger, and would intervene, frequently on behalf of others.

Simple changes in your life style can lessen stresses, such as, anger and other mood swings, during the period leading to menopause. Following an exercise regimen is one good way of reducing anger during menopause. Exercise, a great stress-reliever has antidepressant and anxiolytic (anxiety relieving) effects. Regular exercisers typically have fewer mental and physical health problems, and brisk walks three times a week will help you during Peri-menopause to reduce the severity of anger and other mood swings.

Exercising also stimulates endorphins, hormones that reduce the sensation of pain and affect emotions, such as anger, and boosts Serotonin levels. Serotonin regulates cyclic body processes. In addition, exercise helps you sleep better, and controls weight gain, which is normally associated with peri-menopause and menopause. It is far better to take out your pent up emotions and anger on the jogging/walking track and the gym equipments, than on your family, friends and colleagues!

If you have a medical condition, consult your doctor before deciding on an exercise regimen. It would normally take several weeks, as much as four months, before you will see improvements in your mood swings and anger.

Effect of Diet on Anger During Menopause
For women in peri-menopause and menopause, diet has a great effect on the emotional aspects, such as anger. Diets rich in protein and especially Omega-3 fatty acids, reduced intake of sugar, caffeine and carbohydrates, etc, should be highly preferred. Salmon, tuna, and other cold-water fish and flaxseed oil are the sources of Omega-3 fatty acids.

To overcome anger and other anxiety and mood swings; women in peri-menopause and menopause should supplement their diet with:

• Amino acid tryptophan – a natural relaxant that reduces anxiety and depression by increasing serotonin levels.
• Gamma-amino butyric acid (GABA) – It works as a natural tranquilizer.
• DLPA (D, L-phenylalanine) – It bolsters mood-elevating chemicals in the brain and blocks a nervous system enzyme that amplifies pain signals. It is a more effective pain reliever in combination with GABA.
• Tyrosene – It is a natural stimulant and very appropriate to get rid of mood swings.
In comparison to pre-menopausal women, women during perimenopause and menopause have a double risk of experiencing anger, depression and other mood swings. It has been found that, it makes no difference to the above experiences whether you are taking Hormone Replacement Therapy (HRT) or not. 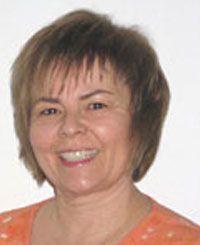 Cathy Taylor
Cathy's passion for the internet, as well as her own transition into peri-menopause, was the impetus to create her first website Everything Menopause. She writes often regarding menopause and issues that concern women at mid-life including healing the mind, body and emotions. You can also find some of her health-related articles online at www.ezinearticles.com/?expert=Cathy_Taylor
See More Articles From Cathy Taylor
Tagged: