For the past couple of months, we\’ve been talking about the risk factors for heart disease. This month we\’ll discuss cigarette smoking. We all know the dangers of smoking, but for some, it is really hard to quit. That is especially true for women. Women have a harder time quitting than men. No one is quite sure why this happens, but it is something that psychologists are studying.

The Evils of Smoking

Smoking is the number one preventable cause of premature death in our country. It accounts for over 400,000 deaths a year. It increases the risk of heart attack and stroke by causing plaque build-up in the arteries and inflammation. It causes a wide variety of cancers including lung cancer, which is the number one cancer killer of women surpassing breast cancer. It causes chronic lung disease. It also causes the skin to wrinkle, hair to smell and annoys the rest of the non-smoking public while increasing their risk of disease due to second-hand smoke.

If you smoke and you would like to be healthy, it is time to quit. Nicotine in cigarettes is highly addictive. Withdrawal can be unpleasant, with symptoms including a depressed mood, anxiety, trouble sleeping, irritability, restlessness, trouble concentrating and weight gain. However, we now have many treatments that help these symptoms. The medications available work best with support from counseling or support groups.

Before you quit, set a quit date. Get rid of all your smoking materials. Enlist the help of your friends and family. Change your routine so that you no longer put yourself at risk for wanting to grab a cigarette out of habit. For instance, if you always smoke a cigarette on the porch with your morning coffee, take the coffee elsewhere and don\’t go out on the porch. Drink plenty of water and exercise. The exercise will help you avoid weight gain.

There are four nicotine substitute products and two medications. The nicotine replacement products include: nicotine gum, patches, inhaler and nasal spray. All of these products can be slightly irritating and should never be used while you are smoking as that can make you quite sick.

Wellbutrin or Bupropion is a medication that is used as an antidepressant but it also works on the brain to break the addiction. It helps eliminate the craving for nicotine although no one is quite sure how it does this. It cannot be used in everyone. Those who drink heavily of have a history of seizures should stay away from this medication as it can cause seizures.

There is a new medication out called Chantix or Varenicline. It works to diminish the craving for nicotine and aids with weight loss. This drug has shown very promising results in Europe and is now available in the US. It works on the brain to produce more dopamine and block addiction receptors. A major study comparing Wellbutrin (Zyban), Chantix, and Placebo was conducted over a year. The study showed the following results:

44% of those on Chantix were not smoking at 12 weeks

In this study and another large study, Chantix was more effective than Wellbutrin. There are some side effects that patients can experience. It may cause weird dreams and alteration in taste.

The Benefits of Being Smoke-Free

There are some major benefits to smoking cessation. Think of the money you will save. Your sense of smell and taste will return. Your blood pressure will return to your pre-smoking levels in only 20 minutes! Your lung function can improve up to 30% in just 2-3 months. Your risk of heart disease is reduced by 50% in just one year. Your stroke risk goes down to that of a non-smoker within 5-15 years. And, you will have conquered a major addiction and greatly improved your quality of life.

It may take a few tries, but don\’t give up. The studies show that the more someone tries to quit, the greater likelihood they have of succeeding. The important thing is that you ultimately quit. If you are a smoker, the time to quit is NOW. 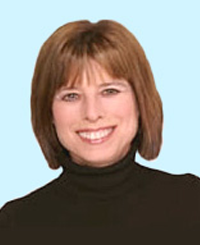 Robin Miller, M.D., M.H.S.
Dr. Robin Miller's career as a physician has been quite varied. She currently serves as the medical director of Triune Integrative Medicine, a highly innovative Integrative Medicine clinic in Medford, Oregon. She is also a medical reporter for KOBI Channel 5, the NBC affiliate in Medford. She has produced the award-winning health series, “Is there a Doctor in the House,” which is shown on the GE-sponsored Patient Channel nationwide. She is a medical columnist for The Daily Courier in Grant's Pass, Oregon, and the host of a teen health podcast. Robin has written the book Kids Ask the Doctor and the book Confessions of the Soul Straight from the Heart.
See More Articles From Robin Miller, M.D., M.H.S.
Tagged: