Blowing the Whistle: What’s the price of trying to protect a grandchild?

Blowing the Whistle:  What’s the price of trying to protect a grandchild? 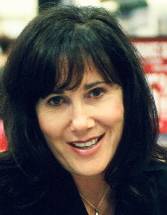 “As a grandparent, if you had found out that your grandchild had been living with a parent and stepparent who were engaging in a sleazy lifestyle and allowing friends who were also involved to be around the child, would you have attempted to get guardianship? My daughter and her husband are a part of the adult entertainment industry, including stripping and nude photography in magazines and on the Internet and who knows what else.

“Sometimes I get so discouraged…. Had I done nothing and something happened to my grandchild, I wouldn’t be able to live with myself, yet since I have tried to protect them, I have become alienated and have hardly seen Hayley at all.

“We did what we thought was right by calling CPS and then Filing for guardianship, which we soon learned was unrealistic, because most of the activities in the adult entertainment profession are legal, therefore not a reason to remove a child from the home, unless they are proven to be a participant. The CPS investigation found no just cause, and we dropped the guardianship and instead filed a grandparent visitation petition, which seemed the only way to remain in our grandchild’s life at this point. Our action resulted in consequences.

“Our daughter used Hayley to hurt us by keeping her from us. How can a mother force a 5-year-old child to sever a relationship out of spite? How can she cause a child emotional pain and the court not see that as emotional abuse?

“There are days that it takes all that I have to keep it together; I miss Hayley so much and the special bond that we share. I was even in the delivery room when she was born. The thought of what they must be telling her, or the way she must be feeling, kills me.

“When things really started falling apart, my husband and I did some serious back-peddling, with lots of “eating crow” in an attempt to remain in our daughter’s and granddaughter’s lives. After unsuccessfully trying to work something out with our daughter, we decided to go forward with our case, and the judge awarded us temporary visitation of four hours twice monthly until a final judgment was rendered. Although it is a far cry from what we once had, it is better than nothing.

“I see clear evidence that Hayley is being told what she can and cannot say to us. She’ll catch herself and change what she was going to say. She keeps asking to spend the night, and is disappointed that our visits are so short.

“As our case progresses, things are coming out, including pertinent information about Hayley’s emotional well being based on a court-appointed therapist’s evaluation. Her observation reinforced what we knew: that Hayley had been anxious and depressed during the five months that we had been separated and that as a result of the visits she expressed happiness.

“The court-appointed therapist’s evaluation carried much weight with the judge and therefore was the deciding factor in awarding us a permanent visitation order. Given the circumstances that this child has to live with, her time with us is not enough, but it is a start and the only way to watch over her. There are occasional slipups with Hayley confiding in us, which cause alarms to go off within us, and confirm that we must keep vigilance over her well being.”

A couple of issues here: “blowing the whistle” and “persistence.” What is one to do? Report the alleged wrongdoing? In other words, err on the side of caution at the risk of alienation from parents and denied access to the grandchild? Or ignore? Or do something in between?

Grandparents have assumed the role of protector, overseer of grandchildren, and within that innate role they risk opposition from parents with the threat of being cut off if they express their concerns when they observe something out of sync with a potential harm that could jeopardize the welfare of the child.

The child’s safety and security comes first, and when the parents aren’t accountable, the grandparents are left with the responsibility of advocate. In Gail’s case, there is no right or wrong answer. She and her husband acted in what they thought was the best interest of the child based on the information that they had. Sometimes emotions blur facts, especially where a child is concerned; however, if fact gathering is at all possible (the element of danger notwithstanding), then stepping back and doing the homework may be more effective.

The second issue, persistence, is vital when it comes to watching over a child. Grandparents can provide the “balance” so necessary in the achievement of the child’s emotional well being by sticking close by. Unless the grandparents are willing to fight the fight in order to remain close to the grandchild, the child will never know the opposite of a dysfunctional home life. Gail and her husband hung in there throughout the exhaustive court/legal process, endured animosity and suffered extreme debt, all because they believed that their granddaughter deserved to be treated like she mattered.

Susan Hoffman is director of Advocates for Grandparent Grandchild Connection.

Reprinted with permission by GRAND Magazine (Nov/Dec 2010). Click on this link http://bit.ly/GRANDMAG to receive a free subscription to GRAND, the Online Magazine for GRANDparents ($19.95 value — 12 issues) compliments of NABBW. You’ll get instant access to the current issue and archives.

GRAND Magazine
Christine Crosby, a grandmother and great-grandmother, has been a successful entrepreneur, book and magazine publisher, and child/family advocate for 30 years. At 61, she is the perfect example of why the traditional grandparent images no longer apply. A dynamic, blond, high-energy entrepreneur, Christine is a passionate and articulate advocate for children who has worked for more than 20 years to strengthen families and protect abused kids, first as a book publisher and later as the founder and publisher of a chain of family magazines. Her own grandchildren and great-grandchild were the inspiration for GRAND Magazine, an unprecedented resource for today's grandparents.
See More Articles From GRAND Magazine
Tagged: Advocates for Grandparent Grandchild Connectionblowing the whistlechild safetyGRAND MagazinegrandparentingNABBWNational Association of Baby Boomer WomenSusan Hoffman