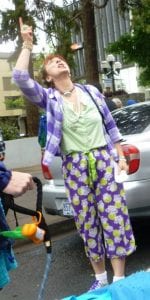 In Medford a few weeks ago, a woman came up to me after I’d spoken at a conference and gave me a hug and a compliment. “I love your outfit, especially your shoes. You know what they say, ‘The shoes make the outfit.’”

They say that, indeed, although I’m not sure why. I never remember anyone’s footwear unless it is so high and dangerous-looking that I have to keep my finger on my cell phone, ready to dial 911 in case they keel over and stab themselves on their own spiky heels. Personally, I think what makes an outfit is lack of obvious stains and/or dog hair.

I told the woman at the conference “Thank you,” and then we both laughed. At the time, I was wearing an orange blouse (to support Wear Orange for Gun Violence Prevention week), a pair of pants that can best be described as “clown, only more colorful,” and my trusty gray tennis shoes with turquoise stretch lace replacements. Why yes, I am a Fashion icon! I keep waiting for Project Runway to invite me to be a guest judge.

Believe me, I wasn’t always such a snazzy dresser – back in the ‘80s, I worked in a bank and wore a navy suit with a navy bowtie (it was the ‘80s and that was a thing), with navy heels. I shudder just thinking about it. 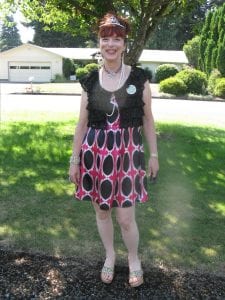 When I first started my life as a humorous motivational speaker and corporate trainer, I attempted to dress professionally. I just couldn’t decide what profession I was in. Sometimes I sported a feminist pantsuit and sometimes I wore a shortish skirt and heels.

But as I’ve gotten older and wiser and more klutzy, I’ve stocked my Wardrobe with comfortable clothing and shoes that will probably not kill me. (You try leaping into air on 4” chunky heels or careening off a 3-foot tall stage while dressed as Lucille Ball, and you’d learn your lesson too.)

At this point, I’ve thrown out most of the fashion “wisdom” that has been tossed my way. Advice such as: 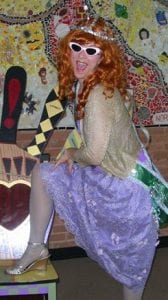 Finally, I believe there are only two pieces of fashion advice anyone needs. 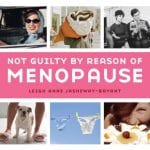